What Is Breckin Meyer's Net Worth and Salary?

Breckin Meyer was born Breckin Erin Meyer on May 7, 1974, in Minneapolis, Minnesota. Breckin grew up in California, West Virginia, Texas, and New Jersey with mother Dorothy Ann (a travel agent/former microbiologist), father Christopher (a management consultant), and brothers Frank and Adam. Drew Barrymore was one of Meyer's elementary school classmates, and she has said that Breckin was her first kiss. He was signed by Barrymore's agent while attending elementary school, and he began appearing in television commercials as a child. In 1983, Meyer was a contestant on the CBS game show "Child's Play." He attended Beverly Hills High School, and though he was accepted to California State University, Northridge, he decided to pursue acting instead of attending college.

In 1986, Breckin voiced Spud on the CBN Family Channel series "Potato Head Kids," then he guest-starred on "The Wonder Years" (1988), "Chicken Soup" (1989), and "L.A. Law" (1990) and appeared in the 1990 TV movies "…Where's Rodney?" and "Camp Cucamonga." In 1991, he starred as Spencer Lewis in "Freddy's Dead: The Final Nightmare," the sixth movie in Wes Craven's "A Nightmare on Elm Street" franchise. From 1992 to 1993, Meyer played Chas Walker on ABC's "The Jackie Thomas Show," and from 1995 to 1996, he starred as Mike Solomon on the NBC sitcom "The Home Court." In 1995, he got his big break when he co-starred with Alicia Silverstone, Stacey Dash, Brittany Murphy, Donald Faison, and Paul Rudd in "Clueless," and that year he also appeared in the film "Payback." In 1996, he guest-starred on the "Clueless" TV series as a different character and appeared in "The Craft" and "Escape from L.A." Breckin portrayed Pat Tyson in the 1997 biographical film "Prefontaine," and in 1998, he had an uncredited role in "Can't Hardly Wait" and co-starred with Ryan Phillippe, Salma Hayek, Neve Campbell, and Mike Myers in "54." He then appeared in the 1999 films "Go," "The Insider," and "Tail Lights Fade," and played the lead role of Josh Parker in 2000's "Road Trip," which grossed $119.8 million against a $16 million budget. From 2000 to 2010, Meyer voiced Joseph Gribble on the Fox animated series "King of the Hill." 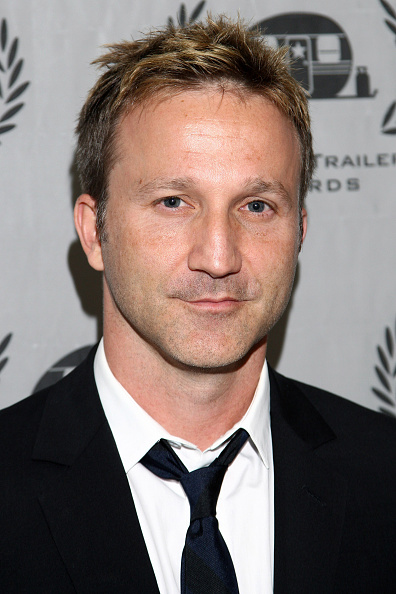 Breckin married director/screenwriter Deborah Kaplan on October 14, 2001, and they welcomed daughters Caitlin and Clover before divorcing in 2014. Kaplan co-wrote and co-directed two films Meyer appeared in, "Can't Hardly Wait" and "Josie and the Pussycats." Breckin is close friends with Seth Green and Ryan Phillippe, and the three launched a production company together.