Brandon Thomas Lee is best known for starring on the MTV reality television series The Hills: New Beginning starting in 2019. As an actor he appeared in the 2018 film Sierra Burgess Is a Loser. Lee also appeared in the short Inherent Greed and in an episode of the TV series Tales. He has also appeared in episodes of the TV series Entertainment Tonight and Strahan & Sarah. Brandon Thomas Lee appeared in the video documentary Playboy: The Ultimate Pamela Anderson and in the video short Dolce & Gabana: Spring/Summer 2019 Women's Fashion Show. He is the brother of Dylan Jagger Lee and the cousin of Matthew, Tobi, and Miles Kottak. 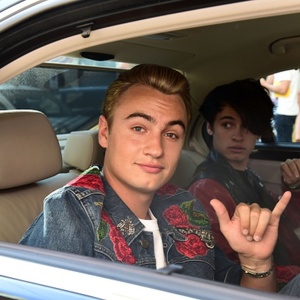