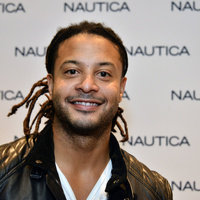 Brandon Jay McLaren Net Worth: Brandon Jay McLaren is a Canadian actor who has a net worth of $400 thousand. Brandon Jay McLaren was born in Vancouver, British Columbia, Canada in July 1981. McLaren first appeared in the TV series Just Cause and Black Sash and the TV movie D.C. Sniper: 23 Days of Fear in 2003. In 2004 he starred as Trey Morgan in the television series The Days. Brandon starred as Jack Landors/Red SPD Ranger in the series Power Rangers S.P.D. in 2005. From 2007 to 2009 he starred as Devon Sylver in the TV series The Best Years. He starred as Danny Brooks on the series Harper's Island in 2009. From 2010 to 2011 McLaren starred as Lenin in the TV series Being Erica. He starred as Bennet Ahmed in the series The Killing from 2011 to 2012 and as Jamil Dexter in Falling Skies in 2012. Since 2013 he has starred as Dale Jakes in the TV series Graceland. McLaren has also starred in the movies Scooby-Doo 2: Monsters Unleashed, She's the Man, Scar, Yeti: Cruse of the Snow Demon, Hybrid, Dr. Dolittle: Million Dollar Mutts, Sea Beast, Ratko: The Dictator's Son, Tucker & Dale vs Evil, Dead Before Dawn, and Plush. In 2012 he was nominated for a Leo Award for Best Supporting Performance by a Male in a Dramatic Series for The Killing.