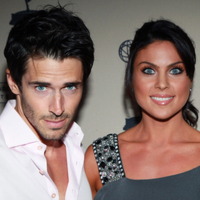 Brandon Beemer Net Worth: Brandon Beemer is an American soap opera actor and model who has a net worth of $2 million. Brandon Beemer became popular for his portrayal of Shawn-Douglas Brady on the American soap Days of Our Lives (2006 to 2008), and cemented his celebrity status further with the role of Owen Knight on The Bold and the Beautiful (2008–2012). Born Brandon Richard Beemer on February 27, 1980 in Eugene, Oregon, he was born to an impecunious family of German and Irish ancestry. Having worked as a driver at the local Coca-Cola bottling plant while in high school, he decided to move to New York City upon graduation. There, he briefly modeled and then started taking acting classes. Next, he went to Los Angeles to pursue acting full-time. It was in 2006 that he made his debut on Days of Our Lives, where he played Shawn-Douglas Brady until 2008 when he joined the cast of The Bold and the Beautiful. While the above two count for his most notable turns, he has played in a handful of other TV and movie projects.