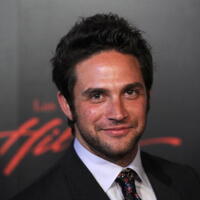 Brandon Barash net worth: Brandon Barash is an American actor who has a net worth of $1 million dollars. Brandon Barash was born in St. Louis, Missouri, and was originally focused on becoming a doctor. While recovering from knee surgery in high school, he participated in a musical, and went on to graduate from the University of Southern California with a BFA in Acting. From there, he went on to appear in guest starring roles on such shows as "Threat Matrix" and "The West Wing". He first gained widespread notice appearing in a recurring role on "The Gilmore Girls". He then went back and forth between film and television work appearing in guest starring and supporting roles in such projects as "24", "Crash Landing", "Dark Mind", "NCIS", and "Tell Me You Love Me". In 2007, he was cast in the role that would make him a household name, as Johnny Zacchara on "General Hospital". He played the role until the spring of 2013. He is next slated to appear in "The Mourning Hour" and "Guardian Angel".