Brandi Cyrus net worth: Brandi Cyrus is an American actress and musician who has a net worth of $2 million dollars. Brandi Cyrus was born in Nashville, Tennessee, and is the daughter of Tish Cyrus and the adopted daughter of Billy Ray Cyrus. She is the half-sister of Miley Cyrus, Braison Cyrus, and Noah Lindsey Cyrus. She began her professional acting career when she was 21, appearing on "Zoey 101". She then went on to play multiple small roles on her sister Miley's show, "Hannah Montana". She then appeared in "The Real Miley Cyrus", the television movie, "What's Up", and is next slated to co-star in the horror feature, "Old 37", about a pair of brothers terrorizing careless teen drivers. In addition to her acting work, she also formed her own band. The group is called, Frank and Derol, and is a trio made up of Brandi Cyrus, Codi Caraco, and Megan Park. 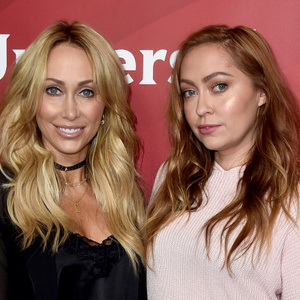