What is Bradley Whitford's Net Worth?

Bradley Whitford is an actor and producer who has a net worth of $10 million. Bradley Whitford is best known for his role as White House Deputy Chief of Staff Josh Lyman on the NBC political drama series "The West Wing." For his work, he received three consecutive Emmy Award nominations, winning once in 2001. Among Whitford's other credits are the television series "Studio 60 on the Sunset Strip," "The Mentalist," "Transparent," "The Handmaid's Tale," and "Trophy Wife," as well as such films as "The Cabin in the Woods" and "Get Out."

Bradley Whitford was born on October 10, 1959 in Madison, Wisconsin to George and Genevieve. When he was three until he was 14, he lived in Wayne, Pennsylvania, where he was raised in a Quaker household. Following this, Whitford went to Madison East High School, and then to Wesleyan University in Middletown, Connecticut. After graduating from Wesleyan in 1981 with a BA in English and theatre, Whitford enrolled at the Juilliard School.

In 1985, Whitford made his television debut in an episode of the spy thriller series "The Equalizer." He followed this with a two-year recurring role on the ABC soap opera "All My Children." Meanwhile, on the big screen, Whitford made his debut in the 1986 film "Dead as a Doorman." In the latter half of the 80s, he appeared in the films "Adventures in Babysitting" and "Revenge of the Nerds II: Nerds in Paradise," and was in the made-for-TV movies "C.A.T. Squad" and "The Betty Ford Story." Additionally, he was in two episodes of the soap opera "Guiding Light."

Whitford had his first main television role in 1993, when he was cast as Dave Brodsky on the crime drama spoof "Black Tie Affair"; however, the series was canceled after five episodes. The next year, Whitford was in episodes of "NYPD Blue," "Ellen," and "The X-Files," as well as the television film "Web of Deception." His subsequent credits included "ER," "Touched by an Angel," "Tracey Takes On…," "High Incident," and the television films "In the Line of Duty: Blaze of Glory" and "Cloned." Whitford had his next main role in 1998, starring on another short-lived series called "The Secret Lives of Men." In 1999, Whitford finally had his breakthrough role, playing Josh Lyman on Aaron Sorkin's political drama series "The West Wing." The show was a massive hit with both critics and audiences, running for seven seasons through 2006. Whitford earned three consecutive Emmy nominations for his work, winning the award for Best Supporting Actor in a Drama Series in 2001.

While he was still on "The West Wing," Whitford made a guest appearance on "Malcolm in the Middle" and was in the television film "Fathers and Sons." In 2006, after the end of "The West Wing," he joined the cast of Aaron Sorkin's new series "Studio 60 on the Sunset Strip" in the main role of Danny Tripp. This was followed by appearances on the BBC drama "Burn Up" and the detective mystery series "Monk."

In 2010, Whitford starred as Detective Dan Stark on the short-lived action comedy series "The Good Guys." The following year, he guest-starred on the series "In Plain Sight" and "Law & Order: LA," and appeared in the season three finale of the CBS drama "The Mentalist." In 2013, Whitford was in episodes of such shows as "Shameless," "Go On," and "Lauren." He also began playing the main role of Pete Harrison on the ABC sitcom "Trophy Wife," which was ultimately canceled after one season. Whitford gave one of his most acclaimed performances in 2014, when he started a recurring role as a cross-dressing businessman on the Amazon streaming series "Transparent." For his performance, he won an Emmy for Outstanding Guest Actor in a Comedy Series. 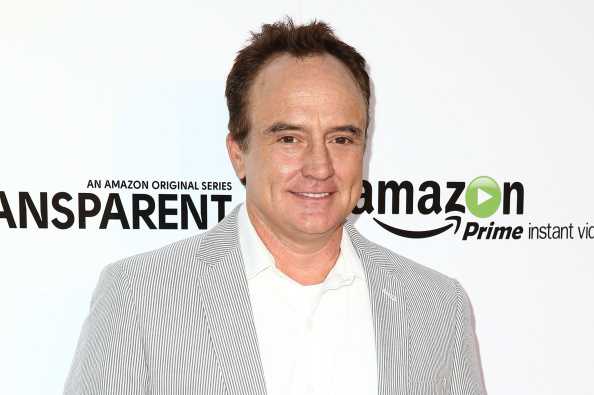 From 2015 to 2020, Whitford had a recurring role on the police procedural comedy "Brooklyn Nine-Nine." In 2015, he also had a main role on the short-lived satirical comedy "Happyish." Whitford's subsequent credits included the television film "All the Way," the sitcom "Mom," and the legal drama "Chicago Justice." In 2018, Whitford began portraying Commander Joseph Lawrence on the dystopian series "The Handmaid's Tale." He went on to win another Emmy, this one for Outstanding Guest Actor in a Drama Series. Among Whitford's further credits are the miniseries "Valley of the Boom" and the show "Perfect Harmony."

Following his film breakthrough in "Adventures in Babysitting," Whitford was in such films as "Vital Signs," "Presumed Innocent," and "Young Guns II." He was then in a string of critically successful films including "Awakenings," "Scent of a Woman," "A Perfect World," "Philadelphia," and "The Client." Whitford's other credits in the 90s include "RoboCop 3," "My Life," "Cobb," "Billy Madison," "The Desperate Trail," "My Fellow Americans," "Masterminds," "Red Corner," "The Muse," and "Bicentennial Man."

In the 00s, Whitford appeared in the romantic comedy-fantasy "Kate & Leopold"; the coming-of-age dramedy "The Sisterhood of the Traveling Pants"; the romcom "Little Manhattan"; the crime drama "An American Crime"; and the dramedy "Bottle Shock." Whitford had one of his most notable film roles in 2012, when he costarred as Steve Hadley in the horror comedy film "The Cabin in the Woods." He then had a huge year in 2013, appearing in five films including "Decoding Annie Parker," "CBGB," and "Saving Mr. Banks." Following roles in "I Saw the Light" and "Other People," Whitford had another of his most memorable roles in the 2017 horror film "Get Out," playing an ominous family's neurosurgeon patriarch. The same year, he was in "Megan Leavey," "Unicorn Store," and "The Post." Whitford's other credits include "The Darkest Minds," "Destroyer," "Godzilla: King of the Monsters," "Songbird," and "Tick, Tick… Boom!"

In 1992, Whitford married actress Jane Kaczmarek. Together, they had three children: Frances, George, and Mary. The couple later divorced in 2010. Subsequently, Whitford began dating his "Transparent" costar Amy Landecker in 2015; they eventually married in 2019.

Whitford is heavily involved in political activism. He serves on the Board of Advisors of Let America Vote, which strives to eradicate voter suppression in the US. Additionally, he serves on the Advisory Board of Citizens' Climate Lobby, a grassroots environmental group that supports and trains volunteers to influence climate policy. In 2019, Whitford cohosted a fundraiser for Democratic presidential candidate Pete Buttigieg.

In 2004, while still married to Jane Kaczmarek, the couple purchased a home in San Marino, California for $5.9 million. Upon divorcing they sold this home in 2010 for $6.2 million. In 2018 this home sold for $9.5 million. Here's a video of the property from the time of that sale:

Bradley subsequently paid $3.1 million for a home in Pasadena. He appears to have sold this Pasadena home in May 2021 for $3.8 million. 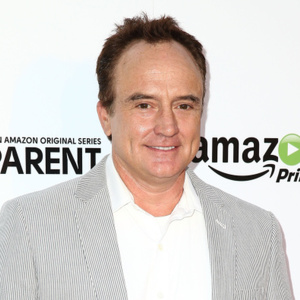