From 2010 to 2014 Perry starred as Gabe Duncan in the television series Good Luck Charlie. From 2013 to 2015 he starred as Kaz in the TV series Mighty Med. Perry has also starred in the movies The Goods: Live Hard, Sell Hard, Opposite Day, Who Shot Mamba?, Old Dogs, and Good Luck Charlie, It's Christmas!. Perry will reprise the role of Kaz for the television series Lab Rats: Elite Force. In 2011 and 2012 he was nominated for Young Artist Awards for Best Performance in a TV Series – Supporting Young Actor for Good Luck Charlie. In 2020, Bradley appeared in the Adam Sandler Netflix movie "Hubie Halloween". 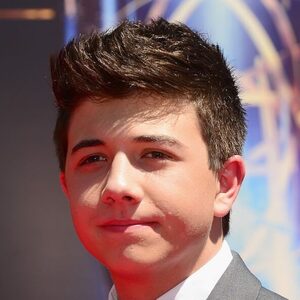