What is Brad Garrett's Net Worth and Salary?

Brad Garrett is an American actor and stand-up comedian who has a net worth of $50 million. Garrett is probably best known for his breakout role in the sitcom "Everybody Loves Raymond," although he later went on to star in a range of additional film and television projects. He has won numerous awards in recognition of his performances. Brad still continues to perform stand-up comedy at various venues, and he is a professional poker player outside of his entertainment career.

Brad H. Gerstenfeld was born on April 14th of 1960 in Woodland Hills, Los Angeles. Raised in a Jewish household alongside two older brothers, he attended high school in Woodland Hills. Although he attended UCLA after graduating from high school, he dropped out after a couple of months to pursue a full-time career as a comedian.

Brad Garrett began his career by joining several improv clubs in Los Angeles. In 1984, he won the comedy category of "Star Search," which led to an appearance on "The Tonight Show Starring Johnny Carson." He was just 23 years old at the time. This increased exposure led to further opportunities for Garrett in the comedy world.

Toward the end of the 80s, Garrett shifted his attention towards television roles, becoming the voice of Hulk Hogan in the cartoon series "Hulk Hogan's Rock 'n Wrestling. He then appeared on a number of game shows, including "Family Feud," "Super Password," and "Hollywood Squares." Garrett transitioned towards acting roles in series like "First Impressions," "Roseanne," and "The Pursuit of Happiness." More voice acting roles came with the "Transformers" series.

After appearing in the film "Suicide Kings," Garrett booked the role of Ray Romano's brother on the sitcom "Everybody Loves Raymond," and he won five Emmy Award nominations for his performances on the show. In 2003, the entire cast of "Everybody Loves Raymond" won a Screen Actors Guild Award for Outstanding Performance by an Ensemble in a Comedy Series. After the show concluded in 2005, Garrett played with the idea of creating a spin-off series based on his character, Robert Barone. However, he withdrew from the project after the writers from "Everbody Loves Raymond" decided to pursue other jobs instead.

Romano and Garrett also appeared together in "The King of Queens." During this period, Garrett made a guest appearance on the show "Prince of Bel-Air." Garrett makes frequent appearances on the game show "Match Game." In 1996, he booked another guest role on the show "Seinfeld." In 2003, he won widespread critical acclaim for his portrayal of Jackie Gleason in the film "Gleason." He was nominated for the Emmy Award for Outstanding Lead Actor in a Miniseries or Movie as a result of his performance.

In 2005, Brad Garrett booked the role of Murray the Cop in a Broadway performance of "The Odd Couple." In 2006, he played the role of Oscar Madison when actor Nathan Lane became ill. That year, he booked a role in the film "The Pacifier," which also starred Vin Diesel. To round out a busy year, Brad booked the lead role in a new sitcom called "'Til Death." In 2007, he made a brief appearance in the series "American Idol."

In 2008, Garrett acted as executive producer for the reality show "Dating Brad Garrett," in which he also starred. That year, he hosted the roast of Cheech & Chong on TBS. In 2011, he started hosting "I Kid with Brad Garrett," which was a candid show for kids that ran for 12 episodes. In 2012, Brad booked a recurring role in the sitcom "The Crazy Ones."

Garrett is an accomplished voice actor. He has voiced characters in a range of both film and television projects, including "Mighty Ducks: The Animated Series," "The Spooktacular New Adventures of Casper," "Biker Mice From Mars," "A Bug's Life," "Finding Nemo," "Ratatouille," "Asterix and the Vikings," "Superman: The Animated Series," "Justice League," "Planes," "Teenage Mutant Ninja Turtles: Out of the Shadows," "Christopher Robin," "Ralph Breaks the Internet," and many others.

Ahead of the show's final two seasons, Ray Romano's per-episode salary was boosted to $1.75 million. That made him the highest-paid television actor in history up to that point. Upon hearing of Ray's massive raise, Brad Garret approached studio executives and requested that his $150,000 per-episode salary be raised. The studio would not budge and even wrote him out of the upcoming season's first episode. Garrett and the studio ultimately agreed on $250,000 per episode. There were 39 total episodes in the last two seasons. That worked out to $9.75 million for Brad.

But that's not all! Brad also was able to negotiate a share of the show's equity backend which allows him to continue earning money every time "Everybody Loves Raymond" is sold into syndication. 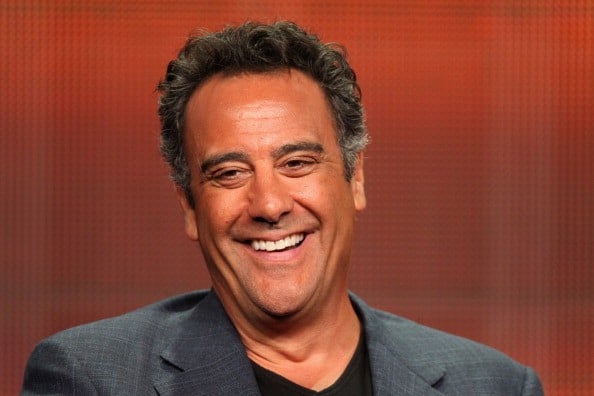 In 2010, Brad opened his own comedy club in the Tropicana Resort and Casino in Las Vegas. The club closed down a year later, but he started another identical club at the MGM Grand.

In 1998, Garrett proposed to Jill Diven on the set of "Everybody Loves Raymond," and the pair were wed in 1999. They had two children together before divorcing in 2006. In 2015, it was announced that Brad was engaged to his long-term girlfriend, IsaBell Quella.

In 2007, Brad controversially slapped away a photographer's camera. The photographer then claimed that the camera had hit him in the face, and filed a lawsuit against Garrett. However, the district attorney dismissed the case because he felt the photographer had intentionally provoked Brad Garrett.

In 2006, Brad Garrett paid $8.8 million for a mansion in Malibu, California. The property features over 6,500 square feet of living space, Malibu tiles, a chef's kitchen, and a home theater. Although the mansion was built with classic, Spanish influences, it was completed in 2005 – one year before its purchase by Garrett. Six years later, the "Everybody Loves Raymond" star put the property back on the market for $11 million, hoping to collect a massive profit on his initial investment. 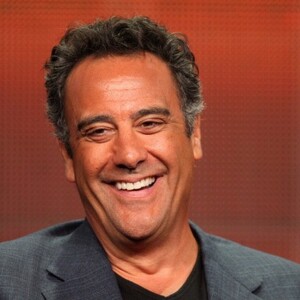