Brad Dourif net worth and salary: Brad Dourif is an American actor who has a net worth of $6 million. Brad Dourif was born in Huntington, West Virginia, and became interested in performance while in middle school. He went on to attend Marshall University, but ultimately chose to drop out to pursue a career in acting full-time in New York City.

Once in New York, he studied with Sanford Meisner and appeared in productions with the Circle Repertory Company. After appearing in numerous off-Broadway productions, he was spotted by Milos Forman, and was cast in "One Flew Over the Cuckoo's Nest". He won a Golden Globe and a British Academy Award for his performance. He was also nominated for an Oscar. He continued to appear in theater productions until the late 80s, when he finally made the move to Hollywood. He has appeared in such projects as, "Heaven's Gate", "Mississippi Burning", "Jungle Fever", "The X-Files", "Babylon 5", "Alien Resurrection", "The Lord of the Rings: The Two Towers", "Priest", and "Once Upon a Time", among many, many other projects. One of his most beloved roles was that of Dr. Cochran on the HBO series "Deadwood" which ran from 2004 to 2006. 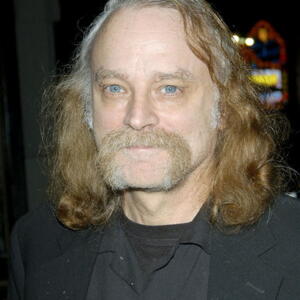