Boris Karloff net worth and salary: Boris Karloff was an English actor who had a net worth equal to $20 million at the time of his death in 1969. Boris Karloff was born in Camberwell, London, England in November 1887 and passed away in February 1969. He was best known for his roles in horror movies.

Karloff had more than 200 acting credits to his name including starring as Frankenstein's monster in the films Frankenstein in 1931, Bride of Frankenstein in 1935, and Son of Frankenstein in 1939. Another well-known role was starring as Imhotep in the 1932 movie The Mummy. Boris Karloff also narrated the animated television special Dr. Seuss' How the Grinch Stole Christmas! in 1966. In 1963 he was nominated for a Grammy Award for Best Recording for Children for The Cat Who Walked By Herself and he won a Grammy Award in 1968 for Best Recording for Children for How the Grinch Stole Christmas!. In 1960 he received two stars on the Hollywood Walk of Fame for Motion Picture at 1373 Vine Street and for Television at 6664 Hollywood Blvd. He was married five times and had one child. Boris Karloff passed away on February 2, 1969 at 81 years old from pneumonia and emphysema. 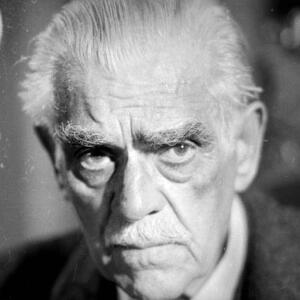