Boris Izaguirre Net Worth: Boris Izaguirre is a Venezuelan-Spanish screenwriter, journalist, writer and showman who has a net worth of $5 million. Boris Izaguirre was born September 29, 1965 in Caracas, Venezuela. Izaguirre is credited with writing scripts for the Venezuelan telenovelas Rubí and La dama de Rosa. After having some success in Spain, he went to live in Santiago de Compostela where he began writing more scripts and participated in television shows as well. Izaguirre is considered one of the most renowned showmen in that area. Izaguirre has also written articles in several publications to include Zero, El País Semanal, Fotogramas and Marie Claire. Boris Izaguirre is a novelist as well, having published El vuelo de los avestruces (1991); Azul petróleo (1998); 1965 (2002); Villa Diamante (2007); Y de repente fue ayer (2009); Dos monstruos juntos (2011). He is also credited with writing essays, including Fetiche 2003); Morir de glamour (2000); Verdades alteradas (2001). Boris Izaguirre was a presenter of the television show Channel nº4 along with Ana García-Siñeriz between 2005 and 2008 (when the program was canceled). His novel, Villa Diamante, landed him as a finalist for Premio Planeta in 2007. In February 2006, Izaguirre married his longtime boyfriend Rubén Nogueira. 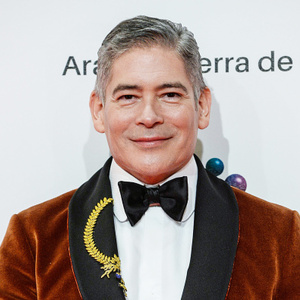