Booboo Stewart Net Worth: Booboo Stewart is an American singer, dancer, model and actor who has a net worth of $4 million dollars. Nils Allen Stewart, Jr. (aka Booboo Stewart) was born January 21, 1994 in Beverly Hills, California. He is best known for his role s Seth Clearwater, a werewolf, in the Twilight Saga (based on series of books by Stephenie Meyer).

Stewart began his career on television with a number of independent, direct-to-video films. Prior to that he was 2002 and 2003 Martial Arts World Champion and inducted into the Martial Arts Junior Hall of Fame in 2004. His athletic pursuits branched out to wrestling as well. In January 2010, he became involved with TNA Wrestling and wrote a column for their website. Booboo Stewart initially garnered public attention as the host for six episodes of the show Blue Dolphin Kids. Most of his work had to do with stunts on 2006's Zoom and 2007's Beowulf. On television, he has been seen on ER, Dante's Cove and Everybody Hates Chris. After a role in 2009's American Cowslip, he was cast as Seth Clearwater in the third installment of the Twilight Saga: Eclipse. He followed this up with a role in Logan, for which he was also the producer. Stewart is also a musician. He formed a band called Echos of Angels and also toured with his sisters Megan and Fivel as TSC (The Stewart Clan). He has also toured with Hannah Montana/Miley Cyrus in her Best of Both Worlds Tour featuring the Jonas Brothers. 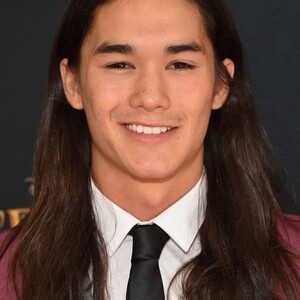