What Is Bonnie Wright's Net Worth?

Bonnie Wright is an English actress, writer, director, producer, and model who has a net worth of $4 million. Wright is best known for playing Ginny Weasley in the "Harry Potter" film series (2001–2011), which consists of eight movies that grossed a total of $7.7 billion at the box office. Bonnie has more than 20 acting credits to her name, including "Before I Sleep" (2013) and "Who Killed Nelson Nutmeg?" (2015).

She wrote, produced, and directed the short films "Know Thyself" (2014) and "Sextant" (2016), and she wrote and directed the short film "Separate We Come, Separate We Go" (2012). Wright also served as the cinematographer on "Sextant," and she directed Sophie Lowe's "Dreaming" (2014) and "Taught You How To Feel" (2018) music videos as well as Pete Yorn and Scarlett Johansson's "Iguana Bird" (2018) music video. Bonnie formed the production company BonBonLumiere in 2012. As a model, Wright has appeared in "How to Spend It," a magazine put out by "The Financial Times," and she walked the runway for designer Katie Eary during London Fashion Week in 2011. She has graced the covers of many magazines, such as "HauteMuse," "ASOS," and "Evening Standard."

Bonnie Wright was born Bonnie Francesca Wright on February 17, 1991, in London, England. Her parents, Gary Wright and Sheila Teague, own the Wright & Teague jewellery company. Bonnie has an older brother named Lewis, and she attended Prior Weston Primary School and the King Alfred School. When she was filming the "Harry Potter" series, Wright had a tutor on the set. In 2009, she enrolled at University of the Arts London to study at the London College of Communication, and she earned a Bachelor of Arts degree in filmmaking in 2012. 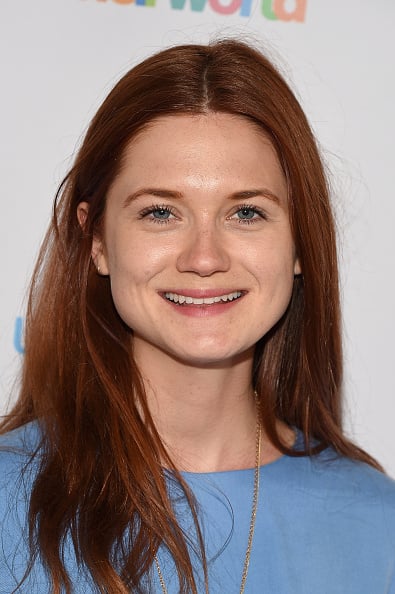 Early in her career, Wright appeared in the 2002 TV movie "Stranded" and portrayed Young Agatha Christie in the 2004 BBC Two docudrama "Agatha Christie: A Life in Pictures." In 2007, Bonnie lent her voice to the "London Calling" episode of the Disney Channel series "The Replacements" and the "Bobby Rae" episode of Fox's "King of the Hill." In 2013, she appeared in a Southwark Playhouse production of Peter Ustinov's "The Moment of Truth" as well as the films "The Sea," "After the Dark," and "Before I Sleep." In 2014, Wright voiced Connie in "My Dad Is Scrooge" and appeared in the film "How (Not) to Rob a Train," followed by the short film "Sweat" and the mystery "Who Killed Nelson Nutmeg?" in 2015. In 2018, she appeared in the film "A Christmas Carol" and directed and produced the short film "Medusa's Ankles," which starred Jason Isaacs and Kerry Fox. In 2020, Bonnie narrated the story "Babbitty Rabbitty and her Cackling Stump" on the audiobook version of J.K. Rowling's "The Tales of Beedle the Bard."

In February 2010, Bonnie's "Harry Potter" co-star Jamie Campbell Bower confirmed that they had "been seeing each other for a few months," and the couple became engaged in April 2011. Wright and Bower ended their engagement in June 2012. Bonnie is passionate about activism, and in 2017, she got involved in Greenpeace's Ocean Plastics campaign, joining the organization on their ship, Arctic Sunrise, to trawl for plastic. In 2018, she traveled to Atlanta to deliver a petition to the Coca-Cola headquarters, urging the company to end its production of single-use plastic. In 2020, Wright traveled to Guatemala in her role as a Rainforest Alliance ambassador and visited communities in the Maya Biosphere Reserve that are committed to sustainable forest management. Bonnie is an ambassador for J.K. Rowling's charitable organization, Lumos, whose mission is to "fight for every child's right to a family by transforming care systems around the world." In 2016, Wright and her "Harry Potter" co-star Evanna Lynch went to Haiti for their work with Lumos and met with "children who had been rescued from terrible conditions and reunited with their families."

In 2011, Wright won the Most Edgy Look Award at the Rodial Beautiful Awards. In 2012, "Harry Potter and the Deathly Hallows – Part 2" earned her an Empire Award nomination for Best Female Newcomer.