What Is Bonnie Hunt's Net Worth?

Bonnie Hunt was born Bonnie Lynn Hunt on September 22, 1961, in Chicago, Illinois. She grew up in a Catholic household with mother Alice, father Robert (an electrician), and siblings Patrick, Cathy, Kevin, Carol, Tom, and Mary. Bonnie attended St. Ferdinand Grammar School and Notre Dame High School for Girls, and she took a part-time job as a nurse's aide when she was in high school. In 1982, Hunt began working as an oncology nurse at Chicago's Northwestern Memorial Hospital, and two years later, she co-founded the improv comedy troupe An Impulsive Thing. In 1986, she joined the famed Second City improv troupe, and in 1988, while still working as a nurse, she auditioned for "Rain Man" during her lunch break and was cast as waitress Sally Dibbs.

After making her big screen debut in "Rain Man," Bonnie starred as Carol Anne Smithson on the 1990 NBC sitcom "Grand," which ran for two seasons. From 1991 to 1992, she played Gwen Davis on the ABC/CBS series "Davis Rules," and she starred as Alice Newton in 1992's "Beethoven" and 1993's "Beethoven's 2nd." Hunt appeared in the films "Dave" (1993) and "Only You" (1994), and she played Bonnie Kennedy on "The Building" in 1993 and Bonnie Kelly on "Bonnie" from 1995 to 1996; both shows aired on CBS and were co-produced by David Letterman. In 1995, she appeared in "Now and Then" and co-starred with Robin Williams in "Jumanji," which grossed $262.8 million at the box office. Bonnie followed the success of "Jumanji" by appearing in "Jerry Maguire" and voicing Rosie the black widow spider in 1998's "A Bug's Life," which brought in $273.6 million and $363.3 million, respectively. In 1999, she played Jan Edgecomb in Stephen King's "The Green Mile," a hit with both audiences and critics. The film earned $286.8 million and an Academy Award nomination for Best Picture. Hunt wrote, directed, and starred in 2000's "Return to Me," then she voiced Ms. Flint in the blockbuster "Monsters, Inc." ($577.4 million). She reprised the role of Ms. Flint in the 2021 Disney+ series "Monsters at Work," and she voiced a different character, Karen Graves, in 2013's "Monsters University." 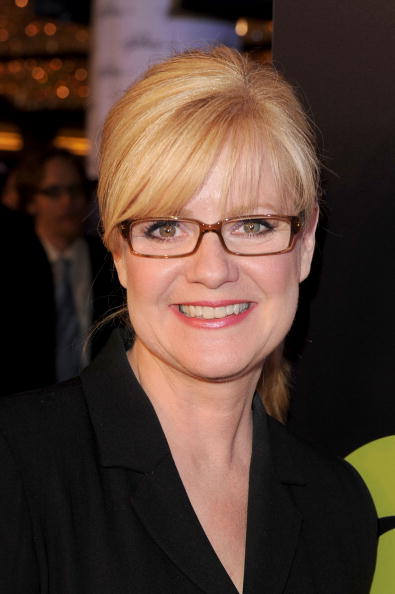 From 2002 to 2004, Hunt starred as Bonnie Molloy on ABC's "Life with Bonnie," which aired 44 episodes over two seasons. She co-starred with Steve Martin in 2003's "Cheaper by the Dozen" and 2005's "Cheaper by the Dozen 2," then she appeared in "Loggerheads" (2005) and "I Want Someone to Eat Cheese With" (2006) and voiced Sally Carrera in the blockbusters "Cars 2" (2011) and "Cars 3" (2017). From 2008 to 2010, she hosted the syndicated daytime talk show "The Bonnie Hunt Show," which aired more than 450 episodes. Bonnie had a recurring role as Aunt Tilly on the animated Disney Channel/Disney Junior series "Sofia the First" from 2013 to 2018, and she voiced Bonnie Hopps in 2016's "Zootopia" and Dolly in 2019's "Toy Story 4." In 2018, she co-starred with Benicio del Toro, Patricia Arquette, and Paul Dano in the Ben Stiller-directed miniseries "Escape at Dannemora." The critically-acclaimed miniseries earned a Primetime Emmy nomination for Outstanding Limited Series and a Golden Globe nomination for Best Television Limited Series or Motion Picture Made for Television.

Bonnie married investment banker John Murphy on July 8, 1998, and they divorced in 2006. Hunt is a fan of the Chicago Cubs and attends each season's opening day game at Wrigley Field. She also attended the 2016 World Series and got to watch the team win the championship for the first time since 1908. Bonnie supports the Multiple Myeloma Research Foundation and is an honorary board member for the organization. 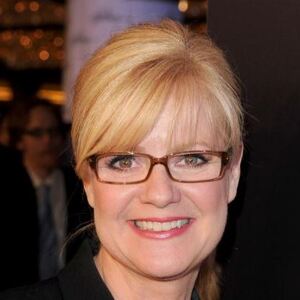