What is Bonnie Bedelia's Net Worth?

Bonnie Bedelia is an American actress who has a net worth of $4 million. Bonnie Bedelia is known for her roles on such television series as "Love of Life," "The Division," and "Parenthood." She appeared in 88 episodes of "The Division" and 103 episodes of "Parenthood." On the big screen, she has appeared in "They Shoot Horses, Don't They?," "Heart Like a Wheel," "Die Hard" and "Die Hard 2," and "Needful Things," among many other films. Bedelia has also been in numerous television films and miniseries over the decades, with notable credits including "Million Dollar Infield," "Salem's Lot," and "Locked in Silence." In 2012 she received a Lifetime Achievement Award from the Ojai Film Festival. She has also been nominated for a Golden Globe, Primetime Emmy, and Daytime Emmy Award.

Bonnie Bedelia was born as Bonnie Bedelia Culkin on March 25, 1948 in New York City, New York to writer and editor Marian and PR worker Philip. She has two brothers, one of whom is actor Kit Culkin, as well as a sister named Candice. Through her brother Kit, Bedelia is the aunt of actors Macaulay Culkin, Kieran, and Rory Culkin.

Bedelia had a difficult upbringing, as her father's firm went bankrupt and her parents both passed away within a short span of time from each other in the early 1960s. Interested in dance from an early age, Bedelia went to the School of American Ballet. She later trained in acting at the HB Studio.

Bedelia first appeared on television in 1958 in a "Playhouse 90" production of "The Nutcracker." She had her first regular role on a series from 1961 to 1967, playing Sandy Porter on the CBS soap opera "Love of Life." Also during the decade, Bedelia appeared in episodes of "East Side/West Side," "Judd for the Defense," "The High Chaparral," "Then Came Bronson," and "Bonanza." In the 70s, she made appearances in episodes of "Hawkins" and "Love Story" and had a main role on the short-lived ABC series "The New Land." Additionally, Bedelia was in a number of television films, including "Message to My Daughter," "Heatwave!," and "A Question of Love." Closing out the decade, she played Susan Norton in the CBS miniseries adaptation of Stephen King's "Salem's Lot." Bedelia continued appearing in television films in the 80s, with credits including "Million Dollar Infield," "Memorial Day," and "The Lady from Yesterday."

Bedelia began the 90s with starring roles in the television films "Somebody Has to Shoot the Picture," "Switched at Birth," and "A Mother's Right: The Elizabeth Morgan Story." In 1993, she starred in the miniseries "The Fire Next Time" and appeared in an episode of the anthology series "Fallen Angels," for which she earned an Emmy Award nomination. Bedelia appeared almost exclusively in television films for the remainder of the decade; her notable credits included "Her Costly Affair," "Any Mother's Son," and "Locked in Silence," the lattermost of which garnered her her second Emmy nomination.

At the start of the new millennium, Bedelia appeared in television film adaptations of "Flowers for Algernon" and "Picnic." She began one of her biggest roles in 2001, starring as police captain Kate McCafferty on the Lifetime police procedural series "The Division," which ran for four seasons through 2004. After that, Bedelia made guest appearances on "Big Love" and "CSI: Crime Scene Investigation," and had a regular role on the short-lived "Sordid Lives: The Series," a prequel to the 2000 romantic comedy film "Sordid Lives." She had her next major role from 2010 to 2015, playing family matriarch Camille Braverman on the NBC series "Parenthood."

In 2017, Bedelia was in two Hallmark Channel holiday movies: "A Joyous Christmas" and "Christmas on the Coast." The same year, she appeared on the political thriller series "Designated Survivor." In 2019, Bedelia was in an episode of the Netflix thriller series "What/If." Two years later, she had a recurring role on the short-lived Amazon Prime teen drama series "Panic." 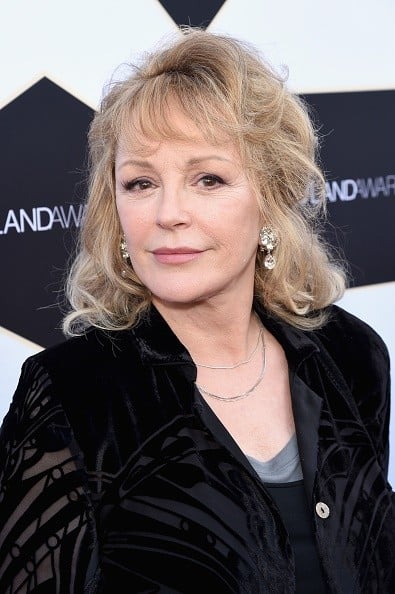 Bedelia emerged on the big screen in 1969 with supporting roles in John Frankenheimer's "The Gypsy Moths" and Sydney Pollack's "They Shoot Horses, Don't They?" She had her first main role the next year in the romantic comedy "Lovers and Other Strangers," based on the eponymous Broadway play. Bedelia subsequently starred in the thriller "The Strange Vengeance of Rosalie" and the crime film "Between Friends." In 1978, she starred alongside Richard Dreyfuss in the comedic political thriller "The Big Fix," adapted by Roger L. Simon from his own novel. Bedelia's first film credit the next decade was the 1983 biographical sports film "Heart Like a Wheel," in which she starred as drag racer Shirley Muldowney. For her performance, she earned a Golden Globe Award nomination for Best Actress in a Motion Picture – Drama.

In 1986, Bedelia appeared in three films: the religious drama "Death of an Angel," the romantic drama "Violets Are Blue," and the fantasy drama "The Boy Who Could Fly." She subsequently starred in the thriller "The Stranger" and the dramedy "The Prince of Pennsylvania," and played the estranged wife of Bruce Willis' John McClane in the action film "Die Hard." After that, Bedelia portrayed Kitty Oppenheimer in the historical war film "Fat Man and Little Boy," and then reprised her role from "Die Hard" in the sequel "Die Hard 2." In the 90s, her other notable credits included "Presumed Innocent," "Needful Things," "Speechless," "Judicial Consent," and "Bad Manners." Bedelia's major film credits of the 21st century include "Manhood," "Violet," and "Sordid Lives" and its sequel "A Very Sordid Wedding."

Bedelia married her first husband, scriptwriter Ken Luber, in 1969. They had two sons named Uri and Jonah before divorcing in 1980. Bedelia wed her next husband, actor Michael MacRae, in 1995. She was also briefly married to musician and screenwriter Jay Telfer.