Bodhi Elfman net worth: Bodhi Elfman is an American actor who has a net worth of $12 million. He is perhaps best-known for being the husband of actor Jenna Elfman and the son of Richard Elfman. Richard's brother Danny Elfman is a highly-successful composer. Danny composed the theme to the Simpsons.

Bodhi Elfman was born in Los Angeles, California in July 1969. From 2000 to 2001 he starred as Londo Pearl on the television series Freedom. Elfman starred as Avram Hadar on the TV series Touch from 2012 to 2013. From 2015 to 2017 he had a recurring role as Peter Lewis on the series Criminal Minds. Bodhi Elfman has appeared in several films and episodes of TV series including A Very Brady Sequel, Mercury Rising, Godzilla, Armageddon, Enemy of the State, Gone in 60 Seconds, Collateral, Melrose Place, Married… with Children, Step by Step, Ellen, 3rd Rock from the Sun, Party of Five, Dharma & Greg, ER, Without a Trace, CSI: Crime Scene Investigation, and more.

Bodhi has been married to actress Jenna Elfman since 1995. They have two children together. 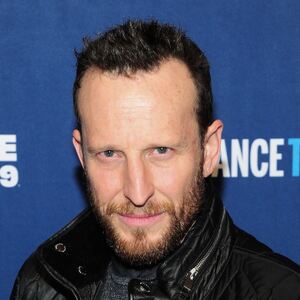