Bobby Darling net worth: Bobby Darling is an Indian actress and model who has a net worth of $8 million. Bobby Darling was born in Delhi, India. She is a Bollywood actress and transitioned from male to female. She set a record in the Limca Book of Records for starring in 18 roles by the time she was 23 years old.

Her big break came when she appeared on the reality television series Bigg Boss in 2006. Darling has starred in several films including Dee Saturday Night, Super Model, I Am in Love, Tom Dick and Harry, Page 3, and more. In 2005 Darling won an Angel Film Award at the Monaco International Film Festival for Best Supporting Actor for Navarasa. After her mother passed away at a young age, she was reunited with her father on the reality TV series Facing the Truth. She married Ramnik Sharma in 2015 but accused him of domestic violence and demanded dowry in 2017. 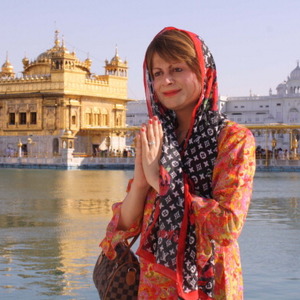