As an actor he starred in the movies Startime, Come September, Too Late Blues, State Fair, Hell Is for Heroes, Pressure Point, If a Man Answers, Captain Newman, M.D., That Funny Feeling, Gunfight in Abilene, Stranger in the House, and Happy Mother's Day, Love George. Darin won a Golden Globe Award in 1962 for Most Promising Newcomer. He was nominated for three more Golden Globes and an Academy Award. As a singer Darin released many albums from 1960 to 1974. His 1958 single "Splish Splash" hit #1 on the R&B charts and #3 on the Billboard Hot 100. Darin also had great success with the singles "Dream Lover", "Mack the Knife", "Things", "You're the Reason I'm Living", and "Beyond the Sea". Darin was involved in politics and worked on Robert Kennedy's Democratic presidential campaign and was present for Kennedy's assassination. Bobby was raised by his grandparents who he believed were his parents and he believed his mother was actually his sister. His health failed him after bouts of rheumatic fever in childhood and he had a heart operation. Bobby Darin passed away on December 20, 1973 at 37 years old. He was awarded a star on the Hollywood Walk of Fame in 1982 at 1735 Vine Street. Darin was awarded a Lifetime Achievement Award at the Grammy Awards posthumously in 2009. 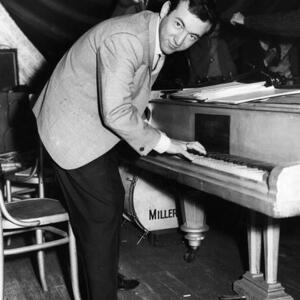