Bobbi Ray Carter net worth and salary: Bobbi Ray Carter is an American television host who has a net worth of $8 million dollars. Bobbi Ray Carter was born in Quonset, Rhode Island, and was originally focused on a career in the theater. She began her professional performing career touring Europe in a Broadway musical review.

After returning to the United States, she began working as a host for the Home Shopping Network. She hosted her first show in 1983, and over the years, has become one of HSN's most popular hosts. She was given the nickname, "Bubblin' Bobbi Ray", due to her outgoing personality. She hosts a number of shopping shows for the network, the majority of which are focused on fashion and beauty. Some of her shows include, "The Andrew Lessman Variety Show", "Serious Skincare", "Serena Williams Signature Statement", "Yellowbox Footwear Premiere", "Marilyn Miglin", "Kyle Richards Fashions", "Spring Home Solutions", and "Diane Gilman Fashions". 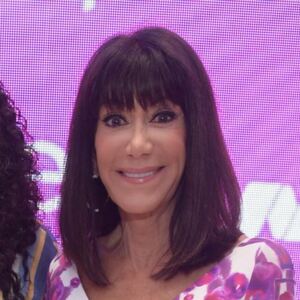