Bobb'e J Thompson Net Worth: Bobb'e J Thompson is an American teen actor who has a net worth of $2.5 million dollars. Bobb'e J Thompson was born on February 28, 1996 in Kansas City, Missouri. He kicked off an impressive career in front of the camera at the young age of five. Thompson rose to fame as a child actor well before his teens, initially with a small but colorful and energetic supporting role as the pint-sized Tupac in 2003's "My Baby's Daddy".

He is known for playing Tracy Jr. on "30 Rock", Stanley on "That's So Raven", Ronnie Shields in "Role Models", Jimmy Mitchell on the short-lived NBC series, "The Tracy Morgan Show", which lasted for one season from 2003–2004, his appearance in commercials for the PlayStation Portable, and being the host of his own television series "Bobb'e Says", which aired on the Cartoon Network block CN Real, but it was cancelled due to low ratings. Thompson had a recurring role on the hit series "Tyler Perry's House of Payne". Thompson contributed to OutKast mainstay Bryan Barber's offbeat, inventive musical drama "Idlewild" in 2006 before teaming up with Vince Vaughn in the holiday comedy "Fred Claus" in 2007. He currently has a supporting role as M.J. Williams on "Tyler Perry's For Better or Worse". 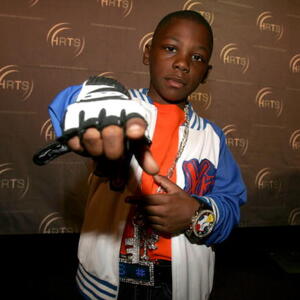