What is Bob Odenkirk's Net Worth and Salary?

Bob Odenkirk is an American actor, comedian, writer, director, and producer who has a net worth of $16 million. Odenkirk is probably best known for his work on shows like "Breaking Bad" and "Better Call Saul," playing the role of a shady lawyer named Saul Goodman in both series. Prior to this mainstream success, Bob was mostly working behind the scenes as a comedy writer on numerous shows and making guest appearances in various projects.

He is also a successful director and producer with a number of projects to his name. After breaking through with his role as Saul Goodman, Odenkirk has appeared in a number of high-profile roles in various television shows and films. In addition, Odenkirk is an established voice actor.

Robert John Odenkirk was born on October 22nd of 1962 in Berwyn, Illinois. Raised in Naperville alongside 6 siblings in a Catholic household, his parents soon divorced as a result of his father's alcoholism. As Bob grew older, he realized that Naperville was a dead-end town, and he couldn't wait to move to a city where there were more exciting things going on.

He was able to make this dream a reality sooner than most, as he racked enough credits to graduate from high school at the age of 16. He then attended a number of colleges throughout Illinois, working on their radio stations and sharpening his comedic wit. He eventually created his own late-night comedy show for Southern Illinois University. Eventually, he made the big-city move he had been dreaming of and moved to Chicago just before graduating from SIU. He was still able to complete his last three credits while living in Chicago, however, and graduated from the university with a bachelor's degree in 1984.

While in Chicago, Odenkirk linked up with several comedy groups and started taking various workshops. This resulted in a meeting with Robert Smigel, who collaborated with him on many future projects, including "Saturday Night Live." During this period, Odenkirk was strongly influenced by Monty Python.

In 1987, Bob got a job as a comedy writer for "Saturday Night Live," collaborating with writers such as Conan O'Brien and Robert Smigel on a number of sketches. Odenkirk spent the next 3 years working there, but never truly felt confident in his writing during this period. He also performed in a few skits on the show.

Eventually, Bob left SNL and focused more on acting. He found success alongside Smile and O'Brien with a comedy stage show called "Happy Happy Good Show," which ran in Chicago. Throughout the next period, he appeared in a one-man show and additional stage comedy shows. In the early 90s, Odenkirk once again returned to writing and worked on shows like "Get a Life" and "The Dennis Miller Show."

Having worked with Ben Stiller previously on SNL, Odenkirk was hired by him to write for "The Ben Stiller Show" in 1992. Although he won an Emmy Award for writing along with the other writers of the show, it wasn't approved for a second season. During this period, Odenkirk also wrote for "The Late Show with Conan O'Brien." He also started collaborating with David Cross, and the pair started performing live sketch shows together. Throughout the 90s, Bob also appeared on shows like "The Larry Sanders Show," "Roseanne," and "The Jackie Thomas Show."

Also during the 90s, David Cross and Odenkirk eventually adapted their stage sketch shows into an HBO sketch program called "Mr. Show." The show was well-received by critics and quickly developed a cult following, but it never broke through into the mainstream.

In the early 2000s, Odenkirk helped develop animated comedy series such as "Tom Goes to the Mayor" and "Tim and Eric Awesome Show, Great Job." He later contributed to a number of other comedic animated series. Over the next few years, he appeared in TV shows like "Everybody Loves Raymond," "Seinfeld," "Curb Your Enthusiasm," "Arrested Development," and many others. He also narrowly missed out on the role of Michael Scott in the show "The Office."

Bob Odenkirk truly broke through into the mainstream after booking the role of Saul Goodman in the AMC series "Breaking Bad." Although he initially only appeared as a guest star in three episodes of the second season, he quickly became a series regular and remained an integral part of the cast until the series finale in 2013. After this show ended, Bob appeared in more sketch shows and played the role of Police Chief Oswalt in the miniseries "Fargo." 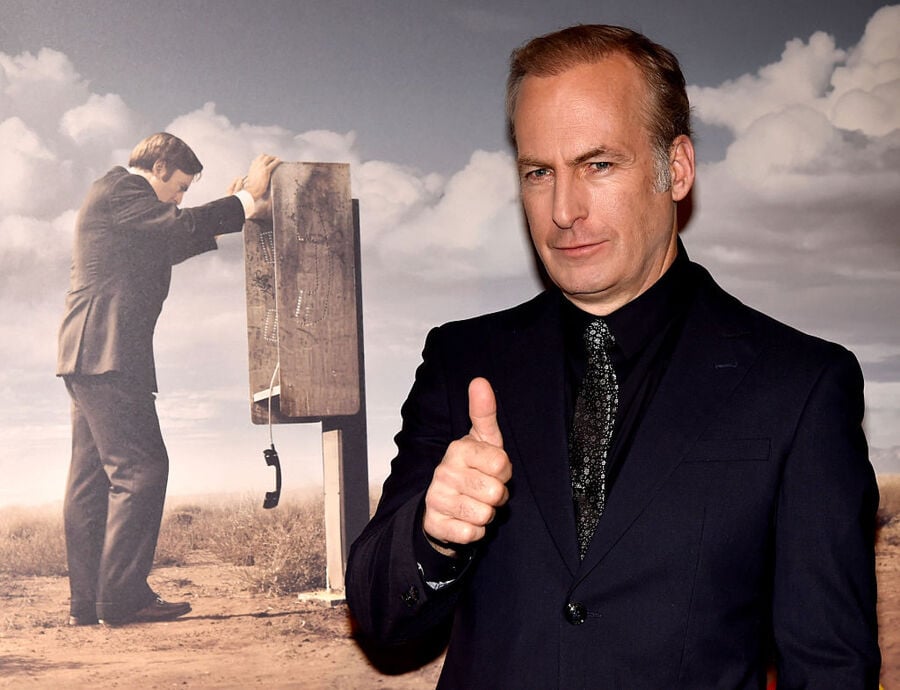 In 2015, Bob reprised his role as Saul Goodman in the "Breaking Bad" spin-off, "Better Call Saul." The series won widespread critical acclaim, and it's considered by some to be even better than "Breaking Bad." The series was approved for six seasons, and Bob is also credited as a producer for the series. In 2020, Odenkirk established his own production company called Cal-Gold Pictures. In 2017, Bob co-wrote, produced, and starred in the Netflix film "Girlfriend's Day."

After breaking through with "Breaking Bad," Bob started to appear in movies such as "Little Women," "The Disaster Artist," "The Post," and many others.

In 1997, Bob Odenkirk married Naomi Yomtov, a producer. They later worked together on a number of projects and have two children together.

In 1998, Odenkirk and his wife purchased a property in the Hollywood Hills neighborhood of Los Angeles for just over $675,000. Built in the 1950s, the property features about 2,900 square feet of living space, vaulted ceilings, and large windows that offer stunning views of the surrounding canyons and city lights. In 2014, Bob and his wife listed the property for an asking price of $2.49 million. They eventually settled for a slightly lowered selling price of $2.45 million.

In 2010, Bob and his wife ostensibly purchased a property in Bronson Canyon for $675,000. The house had fallen into disrepair, and the couple bought it out of foreclosure. It was assumed that the couple would renovate the property as an investment, either to sell later or as rental income (or both). Because of the property's modest nature, it seemed unlikely that they'd live in it.

In 2015, Bob Odenkirk upgraded to a 2,800 square foot home in Hollywood Hills. He and his wife dropped $3.3 million on the property, which features traditional Spanish styling and stunning views of the surrounding canyons. The outdoor area also provides plenty of amenities with a pool, spa, and manicured gardens. 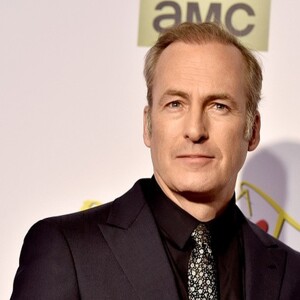