How much is Bob Newhart Worth?

Bob Newhart Net Worth: Bob Newhart is an American actor and comedian who has a net worth of $65 million. Newhart made a name for himself in the 1960s with his unique style of delivery as a standup comic. Blending a deadpan approach with a stammer, Bob won the hearts of viewers everywhere. He has released a number of successful comedic monologues as albums, and many of these albums have reached top spots on the charts.

After proving himself to be a popular comic, Newhart transitioned into acting. Over the next few years, Newhart appeared in a wide range of films and TV projects, and he continues to be an active force in Hollywood to this day.

Early Life: George Robert Newhart was born on September 5th of 1929 in Oak Park, Illinois. Raised alongside three sisters, Bob attended Catholic schools in the Chicago area as a young boy, including St. Ignatius College Prep. After graduating from the latter, Newhart attended Loyola University of Chicago. He departed university in 1952 with a bachelor's degree in business management.

After leaving college, Bob was drafted into the United States Army. Although he served during the Korean War, he never left the United States and served as a personnel manager. After being discharged in 1954, he went to law school but did not finish his degree.

Career: After leaving the military, Newhart worked as an accountant and as a clerk at an unemployment office. He later became an advertising copywriter for a film and television producer. He and a co-worker passed the time by making long phone calls to each other, talking about insane scenarios. The pair sent recordings of these calls to radio stations, but his co-worker eventually left to work in New York – prompting Newhart to develop his comedic style on his own.

His friend Dan Sorkin later showed Bob's recordings to Warner Bros. Records, who signed him in 1959. Newhart then adjusted his comedy routine so that he could perform it live at nightclubs and delved into the world of stand-up comedy. However, his audio recordings were definitely his strong suit, and in 1960 "The Button-Down Mind of Bob Newhart" became the first comedy album to reach the top spot on the charts. Newhart then followed up with six more successful comedy albums throughout the 60s and continued to release further albums well into the 21st century.

After making a name for himself as a comedian, Bob Newhart was given his own NBC variety show called "The Bob Newhart Show." Although it only lasted for one season, the show was well-received. Throughout this period, Newhart appeared on a range of other variety shows, such as "The Dean Martin Show," "The Ed Sullivan Show," and "The Judy Garland Show."

His success as a comedian also led to a prominent acting career. From the 60s onwards, Newhart booked roles in shows like "Captain Nice," "Murphy Brown," "NCIS," "ER," "Desperate Housewives," and "The Big Bang Theory." Bob also established himself as a voice actor with roles in animated series like "The Simpsons."

Newhart also found success in the world of film, starting with a role in the war movie "Hell is for Heroes." Towards the end of the 1960s, Bob booked another role in the film "Hot Millions." During the 70s, Newhart appeared in movies like "On a Clear Day You Can See Forever," "Cold Turkey," "Catch 22," and the animated film "The Rescuers." In 1980, he played the President of the United States in "First Family." His most prominent role during the 90s was in the film "In & Out," in which he played a school principal. Newhart then gained new exposure in the 2000s with a role in "Elf" alongside Will Ferrel, and he followed up in 2011 with a role in "Horrible Bosses."

Outside of these projects, Bob Newhart has been especially active in the world of sitcoms. This started in 1972 when he starred in "The Bob Newhart Show." The series aired in 1978 and continued for six seasons. Even though his show was competing with some of the biggest shows of that era, it remained mostly successful throughout its run. In 1982, a new sitcom was created called "Newhart." Bob played an innkeeper in this new show, and it became as successful as his previous sitcom. Throughout its 8-year run, the show was nominated for several Emmys before ratings started to drop. After "Newhart" ended in 1990, Bob returned once again with a sitcom called "Bob." Although his latest effort received strong reviews, it never had a large audience and was canceled after two seasons.

Relationships: In 1963, Bob Newhart married Ginnie Quinn, the daughter of actor Bill Quinn. They eventually had four children together and raised them as Roman Catholics. The couple currently live in Beverly Hills, California.

Health Issues: After years of heavy smoking, Bob Newhart was finally admitted to hospital in 1985, and was subsequently treated for polycythemia. After this health scare, Newhart quit smoking.

Real Estate: In 1990, Bob spent $4.2 million to buy a 1.4-acre compound in Bel Air, California – the equivalent of $8 million today after adjusting for inflation. In 2013, Bob put this residence on the real estate market for $15.5 million. He finally found a buyer in 2016, selling the property for $14.5 million. Just one year after the sale, the buyer (a Canadian real estate developer) demolished Bob's 9,000 square-foot mansion and listed the nearly 60,000-square-foot empty lot for $26 million. In November 2017, the empty lot found a new buyer for $17.65 million. 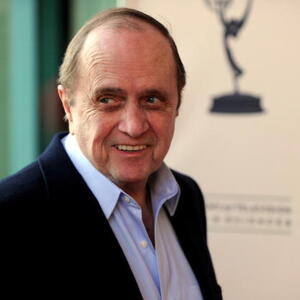