Bob Hoskins net worth: Bob Hoskins was a British actor and film director who had a net worth of $3 million. Bob Hoskins was born on October 26, 1942 in Bury St Edmunds, West Suffolk, England, United Kingdom. Hoskins' father was an open member of the communist party and raised his son as an atheist.

Bob left school at the age of 15 and took a series of menial jobs before taking up acting at the Unity Theater in 1969. He soon went on to appear in a number of British films and television series before crossing over to international audiences. During his long and admired career, Hoskins was probably most famous for his roles in movies like "Mermaids", "Mona Lisa", "Who Framed Roger Rabit", "Snow White and the Huntsman" and "Hook". For his work in 1986's "Mona Lisa", Hoskins won several prestigious awards for Best Actor including a BAFTA and a Golden Globe. He was also nominated for an Academy Award but lost out to Paul Newman for his role in "The Color of Money". Unfortunately, Bob's career was cut short in August of 2012 when he announced his retirement due to an ongoing battle with Parkinson's disease. On April 29, 2014, Bob Hoskins died in a hospital due to complications from pneumonia. He was 71. 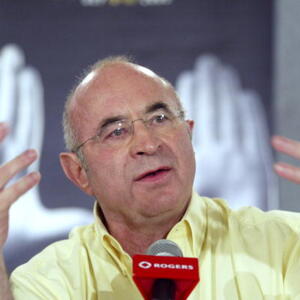