Bob Gunton net worth: Bob Gunton is an American actor who has a net worth of $3 million dollars. Bob Gunton was born on November 15, 1945 in Santa Monica, California to parents Rose Marie and Robert Patrick Gunton. Gunton is probably best known for playing the role of Warden Samuel Norton in the 1994 classic "The Shawshank Redemption".

He has appeared in hundreds of movies and TV shows over the years. During his youth he attended Mater Del High School and later he attended the University of California, Irvine. Gunton went on to serve our country in the U.S. Army from 1969 to 1971. He was awarded a Bronze Star for valor and a Vietnam Service Medal. His Broadway career included various plays such as "Evita", which was an original Broadway show in which he starred as Juan Peron. From this role he was able to get a Tony Award nomination. He was also in the Broadway production called "Sweeney Todd", in which he was also nominated for a Tony Award. Some of his bigger acting jobs were from his portrayal as some of our U.S. presidents. He played Richard Nixon in a rebirth of the Watergate tapes for a nightline special. He also starred as Woodrow Wilson in the movie "Iron Jawed Angels. However, as we mentioned previously, Gunton's most famous role was in the movie "Shawshank Redemption". In a May 2014 Wall Street Journal article, Gunton reported that thanks to the on-going success of Shawshank he still earns "at least six figures" from residuals every year. This is extremely unusual for a film that is 20 years old, and speaks to the ongoing popularity of the film around the world. 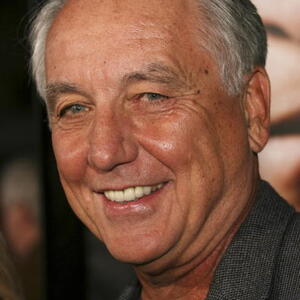