Bob Guiney net worth: Bob Guiney is an American television personality who has a net worth of $1.5 million. Bob Guiney was born in Riverview, Michigan in May 1971. Guiney graduated from Michigan State University where he was a walk-on quarterback. In 1999 he started his own company Allied Home Mortgage.

Guiney first appeared as a contestant on the reality television series The Bachelorette in 2003 for the first season. This led him to become the star of the reality TV series The Bachelor in the fourth season. Guiney also hosted the series GSN Live from 2009 until 2011. He has also appeared on episodes of the TV series The Oprah Winfrey Show, The View, Date My House, Showhouse Showdown, and Cooking to Get Lucky. In 2003 Guiney was nominated for a Teen Choice Award for Choice TV Reality/Variety Star – Male. As part of the Bob Guiney Band he released the album 3 Sides in 2003 and also published the book What a Difference A Year Makes: How Life's Unexpected Setbacks Can Lead to Unexpected Joy the same year. He broke up with The Bachelor winner Estella Gardinier but married actress Rebecca Budig from 2004 to 2010. Bob performs with the actor group Band From TV. 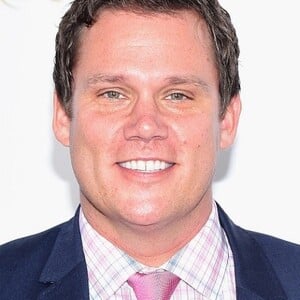