Bob Eubanks Net Worth: Bob Eubanksis an American game show host, television, and radio personality, who has a net worth of $25 million. He was born in Flint, Michigan on January 8, 1938, although he was mainly raised in Pasadena, California, where his parents moved during the Great Depression. Bob is best known for being the on and off host of The Newlywed Game Show from 1966. He finally retired from the show in 1988. In 2000, Eubanks was the proud recipient of a star on the famous Hollywood Walk of Fame for his contribution to television. His star is located outside Grauman's Egyptian Theatre, which was Eubanks work venue during the initial years of his career in broadcasting. In 2005, Eubanks was awarded a lifetime achievement Emmy courtesy of the Academy of Television Arts and Sciences.
He was an only child born to native Missourian's John Eubanks, and his spouse Gertrude. As a child growing up in the Los Angeles suburb of Pasadena Eubanks listened to the music of Doc Watson and Frank Sinatra, and worked periodically as a child model in print advertising. He developed an early musical interest by playing lead guitar in a pre-teen Western and Country music band.
Bob Eubanks is nonetheless a household name because of his career as one of history's most prolific game show anchors having played host to The Newlywed Game, Card Sharks, Family Secrets, Trivia Trap, among others. His longevity in the game show world has turned him into a very wealthy man.
Eubanks has been twice married and is the father of three sons and one daughter. He has also served the manager of Marty Robbins, Barbara Mandrell, and Dolly Parton at different points in his long and versatile career. 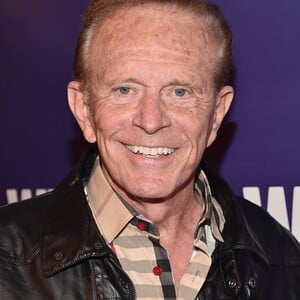