Bob Bergen net worth: Bob Bergen is an American voice actor who has a net worth of $4 million. Bob Bergen was born in St. Louis, Missouri in March 1964. Bergen is the current voice of Porky Pig. He has over 130 voice acting credits to his name including live action films, anime, cartoons, and video games.

Bergen has performed Porky Pig in Tiny Toon Adventures, Space Jam, Duck Dodgers, The Looney Tunes Show, and Looney Tunes: Back in Action. He formerly hosted the kids' version of Jeopardy! called Jep!. He has provided voices for Total Recall, Look Who's Talking Now, The Santa Clause, Dunston Checks In, Cloudy with a Chance of Meatballs, Escape from Planet Earth, Fraggle Rock, Hercules, Horton Hears a Who!, Monsters, Inc., Monsters University, Robot Chicken, Sabrina: The Animated Series, TMNT, Tarzan, Tangled, The Emperor's New Groove, The Lorax, Toy Story 2, Up, and Wreck-It Ralph. For his role of Porky Pig on The Looney Tunes Show Bergen has been nominated for two Emmy Awards for Outstanding Voice-Over Performance. 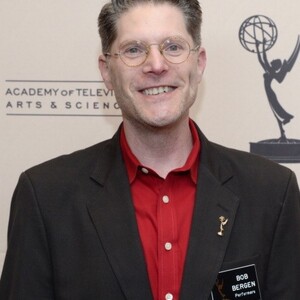