Bob Balaban net worth and salary: Bob Balaban is an American actor, author, producer and director who has a net worth of $25 million. His career has spanned over four decades and he has appeared in over sixty films and television series. He is perhaps best known for his work as "Russell Dalrymple" from the television series Seinfeld and for his work on movies like Close Encounters of the Third Kind, Moonrise Kingdom, Ghost World, as well as several Christopher Guest movies like A Mighty Wind, Waiting for Guffman and Best in Show.

Robert Elmer Balaban was born in Chicago, Illinois on August 16, 1945. He was the son of successful parents who owned several movie theatres and were later pioneers of cable television. His Uncle, Barney Balaban, was president of Paramount Pictures for nearly 30 years, from 1936 to 1964. His family owned and operated some of the most beautiful movie palaces in the United States dating back to the 1920s.

Balaban began his college career at Colgate University but ended up transferring to New York University. One of his earliest appearances in the 1969 movie Midnight Cowboy. In the 70s he appeared in Catch-22, Close Encounters of the Third Kind, and received a Tony Award nomination for his role in The Inspector General. Throughout the 80s and 90s he had many supporting and recurring roles in television series and also appeared in a handful of films. In 2001, he started producing and received a nomination for Best Picture while producing Gosford Park. He also directed several episodes of the Showtime series, Nurse Jackie. He is the author of six children's novels featuring a bionic dog named McGrown. In 2011 he starred with Morgan Freeman and John Lithgow in a Broadway play called 8 which was a staged reenactment of the federal trial to overturn California's Prop 8 ban on same-sex marriage.

Bob Balaban has been married to Lynn Grossman since 1977 and the couple of have two children. Their primary home for many years has been a 6,000 square-foot estate in Bridgehampton, New York. According to public records the Balabans appear to have purchased the 2-acre parcel in 1996 for $640,000 and then about a decade later built an impressive multi-structure home. Today the estate is likely worth $8-10 million. 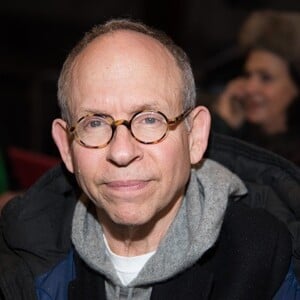