Bo Hopkins net worth: Bo Hopkins is an American actor who has a net worth of $3 million. Bo Hopkins was born in Greenville, South Carolina in February 1942. He has starred on stage as well as on television and in movies. Hopkins has more than 130 acting credits to his name. From 1981 to 1987 he had a recurring role as Matthew Blaisdel on the TV series Dynasty.

Bo Hopkins has starred in several films including The Wild Bunch, The Getaway, American Graffiti, White Lightning, The Day of the Locust, Midnight Express, More American Graffiti, Sweet Sixteen, Radioland Murders, Uncle Sam, Cowboy Up, The Road Home, Shade, and more. In 1995 he won a Golden Boot Award. He has also appeared in episodes of the TV series Gunsmoke, The Mod Squad, Bonanza, Hawaii Five-O, Charlie's Angels, The A-Team, Fantasy Island, Scarecrow and Mrs. King, Murder, She Wrote, and many more. 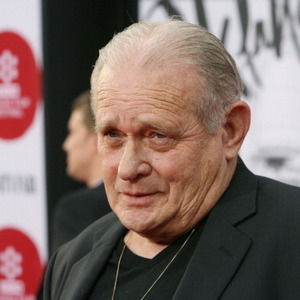