What is Blythe Danner's Net Worth?

Blythe Danner is an American actress who has a net worth of $40 million. Her credits include the television programs "Huff," "Will & Grace," and "We Were the Mulvaneys," and the films "The Great Santini," "The Prince of Tides," "I'll See You in My Dreams," and the "Meet the Parents" series. On stage, Danner won a Tony Award for her performance in the play "Butterflies Are Free," and has appeared in numerous other productions.

Blythe Danner is also known for being the mother of Gwyneth Paltrow.

Blythe Danner was born on February 3, 1943 in Philadelphia, Pennsylvania to Katharine and Harry. She has a brother named Harry Jr. who's an opera singer and actor, and a sister named Dorothy who's a director. Additionally, she has a half-brother, violin maker William Moennig. Danner is of English, Irish, and Pennsylvania Dutch heritage. As a youth, she went to George School, a private Quaker high school in Bucks County, Pennsylvania. For her higher education, Danner attended Bard College in New York.

Danner got her start in acting on the stage, appearing in a Theater Company of Boston production of "The Glass Menagerie" in 1965. Following this, she was in "Three Sisters," "Cyrano de Bergerac," "Up Eden," "Lovers," "Someone's Comin' Hungry," and "The Miser," for the lattermost of which she won a Theatre World Award. More success followed, as Danner won the Tony Award for Best Featured Actress in a Play for her performance as Jill Tanner in "Butterflies Are Free," which ran from 1969 to 1972.

Danner made her film-acting debut in 1972, starring opposite Alan Alda in the psychological thriller "To Kill a Clown." The same year, she portrayed First Lady Martha Jefferson in the film adaptation of the musical "1776." Danner subsequently starred in Sidney Lumet's "Lovin' Molly"; the comedy "Hearts of the West"; the science-fiction thriller "Futureworld"; and the family drama "The Great Santini." Her credits in the 80s are "Man, Woman and Child," "Brighton Beach Memoirs," and "Another Woman," her first collaboration with writer-director Woody Allen. In 1990, Danner reunited with Allen for his romantic fantasy "Alice," and also appeared in the James Ivory drama "Mr. & Mrs. Bridge." The following year, she had a supporting role in Barbra Streisand's acclaimed romantic film "The Prince of Tides." Danner worked with Allen for the third time in 1992, appearing in his dramedy "Husbands and Wives."

In the latter half of the 90s, Danner was in such films as "Napoleon," "To Wong Foo, Thanks for Everything! Julie Newmar," "The Myth of Fingerprints," "Mad City," "The X-Files," and "The Love Letter." In 2000, she had one of her most memorable roles in the comedy "Meet the Parents," playing the wife of Robert De Niro's character; she later reprised this role in the sequels "Meet the Fockers" and "Little Fockers." Danner's other credits in the 00s include "The Invisible Circus," "Sylvia," "The Last Kiss," and "The Lightkeepers." In the 2010s, she appeared in such films as "Paul," "Detachment," "The Lucky One," "Hello I Must Be Going," "Tumbledown," "What They Had," "Hearts Beat Loud," and "The Tomorrow Man." One of Danner's most acclaimed performances was in the romantic dramedy "I'll See You in My Dreams," in which she starred opposite Sam Elliott as a widow and former singer. 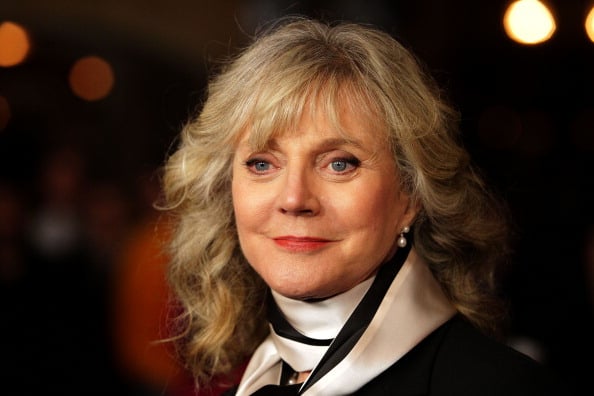 Danner first appeared on the small screen in two television films, 1970's "George M!" and 1971's "Dr. Cook's Garden." She was then in an episode of "Columbo" in 1972, and had a main role on the short-lived ABC sitcom "Adam's Rib" in 1973. Danner returned to television films in 1974, appearing in "F. Scott Fitzgerald and 'The Last of the Belles'" and "Sidekicks." She continued to appear in numerous television films over the ensuing years, with credits including "Are You in the House Alone?," "Inside the Third Reich," "Guilty Conscience," and "Helen Keller: The Miracle Continues." From 1988 to 1989, Danner had a main role on the NBC series "Tattingers."

Danner continued her prolific run of television film appearances in the 90s, starring in such titles as "Judgment," "Cruel Doubt," and "Saint Maybe." She was also in the miniseries "Oldest Living Confederate Widow Tells All." Danner had her next role on a regular series in 2001, when she began playing Marilyn Truman, the mother of Will, on the sitcom "Will & Grace." She continued in the part through 2006, and returned in 2018 for the show's reboot. Danner received multiple Emmy nominations for this role. She earned another in 2002 for her performance in the television film "We Were the Mulvaneys," and yet another in 2004 for the television film "Back When We Were Grownups." Danner finally won her first Emmy in 2005 for her role as Isabelle Huffstodt on the Showtime series "Huff"; she won her second for that role the very next year. Danner's other notable credits have included the series "Up All Night," "Gypsy," and "American Gods," and the miniseries "Madoff" and "Patrick Melrose."

After winning a Tony for "Butterflies Are Free" in the early 70s, Danner appeared in such plays as "Major Barbara," "Twelfth Night," "The Seagull," "Ring Round the Moon," "The New York Idea," and "Children of the Sun." In 1980, she earned a Tony nomination for Best Actress in a Play for Harold Pinter's "Betrayal." She was subsequently in productions of "The Philadelphia Story," "Blithe Spirit," and "Much Ado About Nothing." In 1988, Danner received her third Tony nomination for starring as Blanche DuBois in a revival of "A Streetcar Named Desire." Following this, she appeared in "Love Letters," "Picnic," "Sylvia," "Moonlight," and "The Deep Blue Sea." Danner earned her fourth Tony nomination in 2001 for her leading performance in the Broadway revival of the musical "Follies." Her later credits include "Carousel," "All About Eve," "Suddenly Last Summer," and "The Country House." 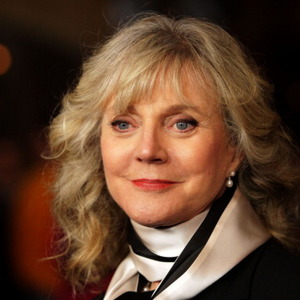