Blanca Suárez Net Worth: Blanca Suárez is a Spanish actress who has a net worth of $5 million. Suárez was born during October of 1988 in Madrid, Spain. She made her acting debut in 2007 in the Antena 3 series The Boarding School. During her four year run on this television show she took home a Golden Nymph and a Fotogramas de Plata Award each for best actress.

While the series was ongoing, Suárez appeared in feature films including Shiver, Cowards, Brain Drain, and The Consul of Sodom. Her first starring role came in the film Neon Flesh, in which she acted opposite Mario Casas. She then starred with Antonio Banderas and Elena Anaya in The Skin I Live in. She received a Goya Award nomination for Best New Actress for her work in the film. She went on to star in another Antena 3 series, The Boat. In November of 2012 Suárez was named the Woman of the Year by the Spanish edition of GQ. The actress dated Javier Pereira from 2009 to 2011 before dating Miguel Ángel Silvestre for three years. Most recently, Suárez began dating Spanish pop rock artist Dani Martín. She appeared in the music video for his 2014 song "Emocional." 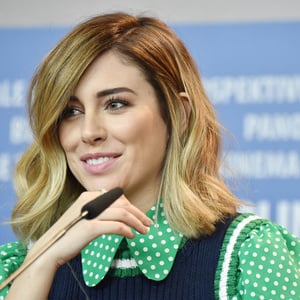