Blanca Soto Net Worth: Blanca Soto is a Mexican actress and model who has a net worth of $10 million. Blanca Delfina Soto Benavides was born in Monterrey, Nuevo Leon, Mexico in January 1979. In 1997 she competed in the Nuestra Belleza Mexico beauty pageant and represented Nuevo Leon. She became Miss Mexico World and competed in Chile.

In 2007 she first appeared in the shorts Tampa Jai Alai and La vida blanca. She also co-produced La vida blanca with her then ex-husband. The role won her Best Actress at the New York International Independent Film & Video Festival. She has appeared in the films Divina confusion, Deep in the Valley, Regresa, and Dinner for Schmucks. From 2012 to 2013 she starred in the series Love Rules. Soto has also appeared on the TV shows Eva Luna and El Talisman. She has appeared in music videos by Billy Currington and Enrique Iglesias and in advertisements for GAP, Avon, Venus Swimwear, Lens Crafters, Andrea, Charriol, Zara, Garnier, and Budweiser. She has been married twice. She served as co-producer on the 2012 short film I Won't Be Your Mirror, and has executive producer on the 2013 short film Sovereign. Blanca has also won two awards from Premios Juventud and two from Premious People en Espanol. 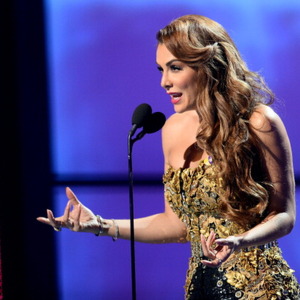