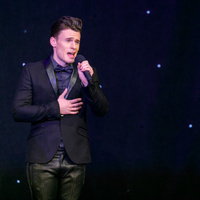 Blake McIver Ewing net worth: Blake McIver Ewing is an American actor and singer who has a net worth of $300 thousand dollars. Blake McIver Ewing was born in Los Angeles, California and first gained widespread notice appearing on "Star Search", where he won the Junior Vocalist competition. He began his professional acting career in the early 90s, while he was still in elementary school, appearing as Derek on "Full House". From there, he went on to appear in such film and television projects as "Calendar Girl", "The Nanny", "Home Improvement", "The Little Rascals", "Tom and Huck", "Problem Child 3: Junior in Love", "Minor Adjustments", "Clueless", "The Drew Carey Show", "Rocket Power", and "Raising Helen". He is also a busy voice over artist, and has voiced characters for such projects as "Timon & Pumbaa", "Tarzan", "Recess", "Hey Arnold!", and "Father of the Pride". As a young adult, he attended the University of California – Los Angeles.