How much is Blake Jenner Worth?

Blake Jenner Net Worth: Blake Jenner is an American actor and singer who has a net worth of $1.5 million dollars. Blake Alexander Jenner was born in Miami, Florida in August 1992. He is best known for his role as Ryder Lynn on the TV series Glee. He appeared in television commercials as a teenager. Blake also took acting and improvisation classes. He became involved with a local sketch comedy group and often performed at the Roxy Performing Arts Theatre. After graduating high school he moved to Los Angeles, California. Blake attended improv classes at The Groundlings. His first appearance came in the 2010 short Fresh 2 Death 2010. He made an appearance on the TV series Melissa & Joey in 2011 and in the film Cousin Sarah in 2011. Jenner then starred in the shorts Wurlitzer and The Truth in Being Right. Since 2012 he has starred as Ryder Lynn on the Fox musical comedy-drama Glee. In order to get that role Blake won The Glee Project in 2012. In 2013 Blake won the Teen Choice Award for Choice TV: Breakout for Glee. Blake became engaged to Glee co-star Melissa Benoist in 2013. He wrote the screen title Billy Boy in 2013 and it was funded through kickstarter.com. 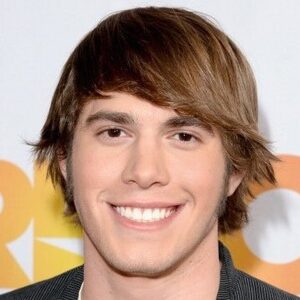