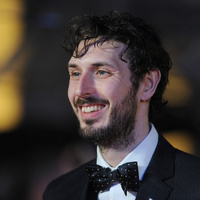 Blake Harrison net worth: Blake Harrison is an English actor who has a net worth of $18 Million. Blake Harrison was born in Greenwich, London, England, and graduated from East 15 Acting School. He began his professional on-camera career in 2008, with a guest-starring role on "The Bill". That year, he also began appearing in the role that would bring him lasting fame, as Neil Sutherland on "The Inbetweeners". He co-starred on the series for three seasons and appeared in "The Inbetweeners" feature film. In addition to his work on "The Inbetweeners", he has also appeared on such television shows as "Him and Her", "The Increasingly Poor Decisions of Todd Margaret", "White Van Man", "Bleak Old Shop of Stuff", "Them From That Thing", "Way to Go", and "Big Bad World". He has also appeared in such films as "Recruiting the Rubins" and "Mancrush". He is next slated to appear in "Keeping Rosy" and "The Inbetweeners 2".