Blake Clark Net Worth: Blake Clark is an American comedian and actor who has a net worth of $5 million dollars. Born in Macon, Georgia, in 1946, Blake Clark earned his performing arts degree from LaGrange College in the late '60s. He served overseas with the United States Army during the Vietnam War. He made his on-screen debut in 1981's "The Greatest American Hero" and has since appeared in close to 100 movies and TV shows. Clark is perhaps best known for playing Chet Hunter, father of Shawn, on the popular TV series "Boy Meets World". He frequently appears in Adam Sandler movies with credits in nearly a dozen, including "Eight Crazy Nights", "Grown Ups", "The Waterboy", "Little Nicky", "Mr. Deeds", and "I Now Pronounce You Chuck and Larry". Clark voiced Slinky Dog in "Toy Story 3", both the video game and movie, after replacing his close friend, Jim Varney, who passed away from lung cancer in 2000. Clark's other TV and film credits include "St. Elmo's Fire", "Johnny Handsome", "Who's the Boss?", "Love Potion No. 9", "Fatal Instinct", "Tales from the Crypt", "Home Improvement", "The Jamie Foxx Show", "Intolerable Cruelty", "The Benchwarmers", "Everybody Hates Chris", and "Rango". Clark also does stand-up comedy and has performed overseas for deployed American troops. 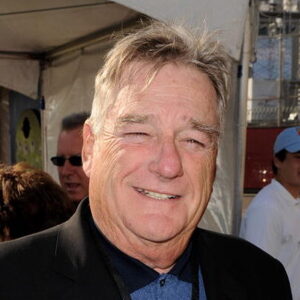