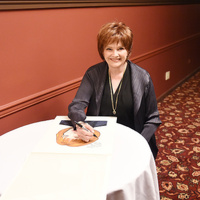 Blair Brown net worth: Blair Brown is an American actress who has a net worth of $2 million. Blair Brown was born in Washington, D.C. in April 1947. She graduated from the National Theatre School of Canada and acted on stage at the Stratford Shakespeare Festival. Brown has over 80 acting credits to her name starting with the television series Police Surgeon in 1971. In 1976 she starred in the TV mini-series Captains and Kings and in 1985 in the TV mini-series Space. From 1987 to 1991 Brown starred as the title character in the TV series The Days and Nights of Molly Dodd. From 2008 to 2012 she starred as Nina Sharp in the television series Fringe. Brown has also starred in the movies The Paper Chase, The Choirboys, One-Trick Pony, Altered States, Continental Divide, Stealing Home, Strapless, Passed Away, The Astronaut's Wife, Space Cowboys, Dogville, Loverboy, The Sentinel, The Treatment, Griffin & Phoenix, and Dark Matter. Brown has been nominated for two Golden Globe Awards and five Primetime Emmy Awards.