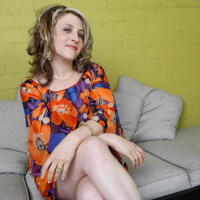 Bitty Schram net worth: Bitty Schram is an American actress who has a net worth of $2.5 million dollars. Bitty Schram was born in Mountainside, New Jersey, and graduated from the University of Maryland with a degree in Advertising Design. She attended the school on a tennis scholarship. After college, she shifted her focus to acting, and began her professional on-camera career in the early 90s. She first gained notice for her supporting work in "A League of Their Own", and then went on to appear in supporting roles in such films as "The Night We Never Met", "Chasers", "One Fine Day", "Marvin's Room", "The Pallbearer", "Caught", and "Kissing a Fool". She also starred on Broadway in the production, "Laughter on the 23rd Floor". In 1999, she began appearing on television, with guest starring roles on such shows as "G v E", "Roswell", "Strong Medicine", and "Felicity". In 2002, she was cast in the role that would make her a household name, as Sharon Fleming on "Monk".