What is Bindi Irwin's net worth?

Bindi Irwin is an Australian television personality who is best known for being the daughter of late Australian wildlife expert Steve Irwin. Bindi Irwin has a net worth of $3 million. Bindi has followed in her late father's footsteps pursuing a career in the entertainment industry.


Bindi Sue Irwin was born in Buderim, Queensland, Australia on July 24, 1998. She grew up surrounded by animals at the Australia Zoo, raised by her father Steve and her mother Terri Irwin. Bindi has a younger brother named Robert. She was given her first name after her father's favorite female crocodile at the Australia Zoo. Her middle name Sue is after a family dog who had passed away from cancer.

Irwin made her TV debut at the age of two, regularly appearing on her father Steve Irwin's TV shows. She also made an appearance in the 2002 film "The Wiggles: Wiggly Safari." Irwin is a dual Australian-American citizen. Tragically, her father was killed by a stingray in 2006 when Bindi was just eight years old. He had been filming the documentary "Ocean's Deadliest."  At his funeral on September 20, 2006, she received a standing ovation for the eulogy she delivered in front of a crowd of over 5,000 people, and a worldwide TV audience of over 300 million.

In 2007 Bindi hosted a documentary special about her father called "My Daddy, The Crocodile Hunter". She also became the presenter of the 26-episode program on Discovery Kids' called "Bindi, the Jungle Girl." Steve Irwin had featured in many of the early shows before his death, whereafter production on the show was put on hold. At age eight, Bindi appeared on the cover of the Australian magazine "New Idea," making her the youngest person to have done so in the 104 year history of the publication. She began to appear on popular American talk shows like "The Ellen Degeneres Show," "Late Show with David Letterman," "Larry King Live," and others.

At this time, Irwin was becoming an all-round child star, producing a hip hop album called Trouble in the Jungle and appearing on a kids fitness DVD, where she performed with a group called Bindi Kidfitness. She starred in Free Willy: Escape from Pirate's Cove as Kirra and appeared in the Canadian TV series, My Babysitter's a Vampire. Irwin presented awards in 2007 at the Kids' Choice Awards and at the Logie Awards. She appeared alongside her mother in 2007 in the Macy's Thanksgiving Day Parade. 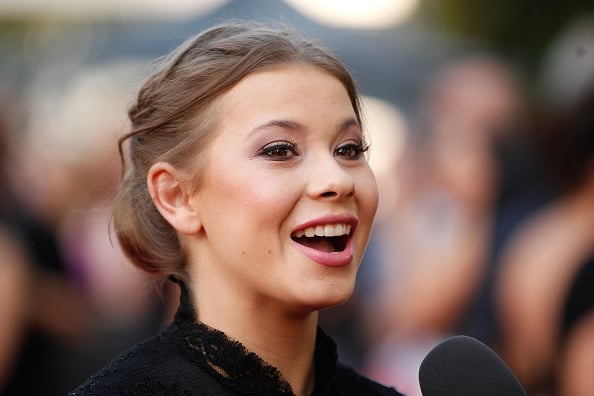 In 2008, Irwin made history as she became the youngest person to have won the Daytime Emmy Award for Outstanding Performer in a Children's Series. She was eight at the time of receiving the award.  In 2012 she hosted a wildlife game show called Bindi's Bootcamp, filmed at the Australia Zoo. She later starred in the sequel to "Nim's Island," where she played the lead character Nim (originally portrayed by Abigail Breslin.) In 2013, Irwin appeared in the Canadian TV series "My Babysitter's a Vampire." She made a cameo on the Australian version of "Big Brother" in 2013. Irwin announced her partnership with SeaWorld on a March 2014 episode of "Good Morning America."

She was homeschooled until 2014 and then enrolled in TAFE Queensland East Coast, where she completed a certificate in Business and another certificate in Tourism in 2016.

Irwin competed on Dancing with the Stars in 2015 for its 21st season. She was partnered with five-time champ Derek Hough and the pair was declared the winners of the competition on November 24, 2015. In 2018 she began starring in the show "Crikey! It's the Irwins". Irwin appeared as a guest judge in April 2019 in the sixth season of the  Australian version of "Dancing with the Stars."

Irwin got engaged to American pro wakeboarder Chandler Powell, who hails from Florida, in July 2019. They had met as teenagers at the Australia Zoo many years prior, in November 2013. The two got married at this location in March 2020. Irwin announced in August 2020 via Instagram that she and Powell were expecting their first child. They had a daughter named Grace Warrior Irwin Powell on March 25, 2021–the date of their first wedding anniversary.

Bindi carries on her father's legacy through her support of the charity her parents started in 2002, Wildlife Warriors Worldwide. 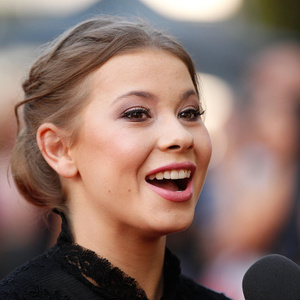