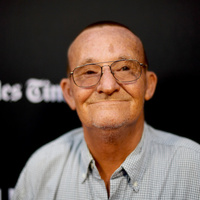 Billy Redden net worth: Billy Redden is an American actor who has a net worth of $50 thousand. Billy Redden was born in Rabun County, Georgia in 1956. He is best known for starring as Lonnie, the backwoods mountain boy in the 1972 movie "Deliverance". Redden also appeared as Banjo Man in the films "Blastfighter" in 1984, "Big Fish" in 2003, and "Outrage: Born in Terror" in 2009. He was interviewed for the documentary "The Deliverance of Rabun County" in 2012 and stated that he never saw much money from his role and he was working at Walmart. Redden also appeared in an episode of the TV series "Blue Collar" TV in 2004.