Billy Porter net worth: Billy Porter is an American stage performer, singer, actor, and vocal coach who has a net worth of $4 million. Billy Porter was born in Pittsburgh, Pennsylvania in September 1969. He has been an esteemed Broadway performer and has starred in productions of Miss Saigon, Grease, The Merchant of Venice, Jesus Christ Superstar, Little Shop of Horrors, Kinky Boots, and more.

In 2018 Porter had recurring roles on the TV series Pose as Pray Tell and American Horror Story as Behold Chablis. He has appeared in films including Twisted, Anastasia, Intern, The Broken Hearts Club: A Romantic Comedy, Noel, and the Humbling. Porter won a Tony Award for Best Actor in a Musical for Kinky Boots in 2013. As a pop singer he has released the albums Billy Porter in 1997, At the Corner of Broadway + Soul in 2005, Billy's Back on Broadway in 2014, and Billy Porter Presents the Soul of Richard Rodgers in 2017. 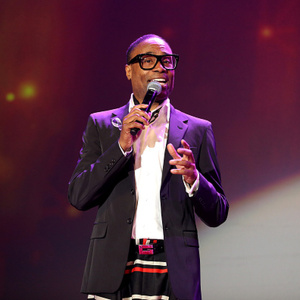