What is Billy Crudup's Net Worth?

Billy Crudup is an American actor who has a net worth of $8 million. Billy Crudup is best known for his performances in such films as "Almost Famous," "Big Fish," "Watchmen," "Public Enemies," "The Stanford Prison Experiment," and "Spotlight." On television, he has earned acclaim for the streaming series "Gypsy" and "The Morning Show." Crudup is also prolific in theater, having earned multiple Tony Award nominations.

Billy Crudup was born on July 8, 1968 in Manhasset, New York to Thomas and Georgann. When he was a child, his parents divorced; they later remarried before divorcing for a second time. Crudup has two brothers named Tommy and Brooks. At the age of eight, he moved with his family to Texas. They subsequently moved to Florida, where Crudup attended Saint Thomas Aquinas High School in Fort Lauderdale. For his higher education, he went to the University of North Carolina at Chapel Hill. There, he pursued his passion for acting in the undergraduate acting company LAB! Theatre, and made an appearance on UNC-STV's show "General College." Following his graduation, Crudup enrolled in a graduate acting program at NYU's Tisch School of the Arts, earning his MFA in 1994.

In 1996, Crudup made his feature film debut in the legal crime drama "Sleepers," starring Kevin Bacon, Robert De Niro, Brad Pitt, Dustin Hoffman, Minnie Driver, and Jason Patric. The same year, he appeared in Woody Allen's musical comedy "Everyone Says I Love You." Crudup followed this with leading roles in two 1997 films: the coming-of-age film "Inventing the Abbotts" and the drama "Grind." More major roles came in 1998, when Crudup starred in the neo-noir crime film "Monument Ave.," the Western "The Hi-Lo Country," and the biographical sports film "Without Limits," in which he portrayed Olympic long-distance runner Steve Prefontaine. In 1999, Crudup starred in the acclaimed drama "Jesus' Son" alongside Samantha Morton, Holly Hunter, and Dennis Hopper.

Crudup kicked off the 2000s with two major roles. The first was in the mystery drama "Waking the Dead," in which he starred opposite Jennifer Connelly as a young Coast Guard officer. His other, even bigger film was the period dramedy "Almost Famous," in which he played rock guitarist Russell Hammond. Crudup followed this with roles in the dramas "World Traveler" and "Charlotte Gray." In 2003, he starred opposite Claire Danes in the romantic period drama "Stage Beauty," and had a lead role opposite Albert Finney in Tim Burton's fantasy film "Big Fish." His subsequent credits were the romcom "Trust the Man"; the action spy sequel "Mission: Impossible III"; the period spy film "The Good Shepherd"; the dramedy "Dedication"; and the comedy "Pretty Bird." Crudup closed out the decade with notable roles in the DC Comics superhero film "Watchmen," in which he played Dr. Manhattan, and in the biographical gangster film "Public Enemies," in which he portrayed J. Edgar Hoover. 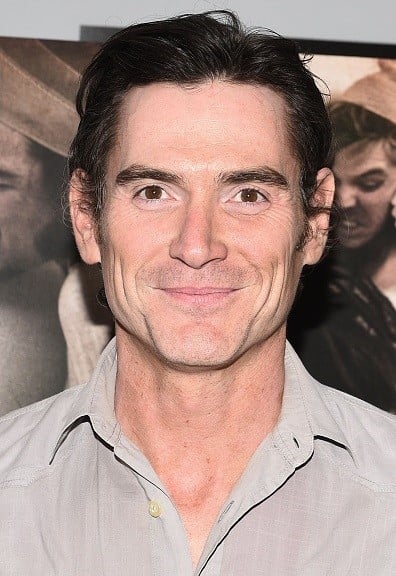 In 2010, Crudup had a supporting role in the romantic drama "Eat Pray Love," based on the popular memoir of the same name. The next year, he had a leading role alongside Greg Kinnear and Alan Arkin in the dark comedy "Thin Ice." Following this, Crudup starred in the crime thriller "Blood Ties," the musical drama "Rudderless," the dramedy "The Longest Week," and the crime film "Glass Chin." In 2015, he had significant roles in two critically acclaimed films based on real events: "The Stanford Prison Experiment" and the Oscar Best Picture-winning "Spotlight." The next year, he appeared in "Youth in Oregon," the biographical drama "Jackie," and the dramedy "20th Century Women." Crudup's other credits have included the romantic sports drama "1 Mile to You"; the science-fiction sequel "Alien: Covenant"; the superhero film "Justice League"; the American remake of "After the Wedding"; and the literary adaptation "Where'd You Go, Bernadette."

On the small screen, Crudup made his debut in the 2011 HBO television film "Too Big to Fail," about the 2008 financial crisis. In it, he portrayed former US Secretary of the Treasury Timothy Geithner. Crudup didn't return to television until 2017, when he starred opposite Naomi Watts on the Netflix drama series "Gypsy." The actor landed one of his most acclaimed roles in 2019, when he began starring on the Apple TV+ series "The Morning Show." For his performance, he received an Emmy Award in 2020.

Beyond the screen, Crudup has had a prolific career on stage. His first big production was in 1994, when he appeared in "America Dreaming" at the Vineyard Theatre. This was followed by "Arcadia" at the Lincoln Center; "Bus Stop" at Circle in the Square; "The Three Sisters" at Roundabout; and "Oedipus" with the Blue Light Theatre Company. In 2001, Crudup participated in a Shakespeare in the Park production of "Measure for Measure." The next year, he appeared in "The Resistible Rise of Arturo Ui," and starred as John Merrick in "The Elephant Man." For his performance in the latter, Crudup earned his first Tony Award nomination. He earned a second in 2005 for his performance as Katurian in the Broadway production of "The Pillowman." More acclaim and a third nomination came for Crudup's featured role in the first two parts of "The Coast of Utopia." Following a starring role in "The Metal Children," he earned his fourth Tony nomination for the Broadway revival of "Arcadia." Subsequent credits have included Harold Pinter's "No Man's Land" and Samuel Beckett's "Waiting for Godot," in both of which he costarred with Patrick Stewart and Ian McKellen. Later, in 2017, Crudup starred in the world premiere of David Cale's one-man play "Harry Clarke."

In 1996, Crudup began dating actress Mary-Louise Parker. Although Parker was pregnant with their child, they separated in 2003 when Crudup became romantically involved with actress Claire Danes; they subsequently split in 2006. Later, in 2017, Crudup started dating actress Naomi Watts. 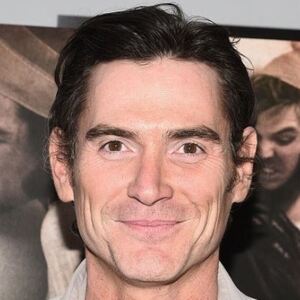