Billy Brown Net Worth: Billy Brown is an American actor who has a net worth of $2 million dollars. Brown was born in Inglewood, California. His first roles came in 1993 in the movies Geronimo: An American Legend and Dreamrider. Brown appeared in The Lost World: Jurassic Park and voiced the role of Rhino in The Wild Thornberrys Movie. From 2000 to 2003 he had a recurring role in the television series As Told by Ginger. He also had recurring roles in the shows E-Ring and Dirt. In 2011 he played Richard "Death Row" Reynolds in the series Lights Out. One of his best known roles came as Detective Mike Anderson in the show Dexter from 2011 to 2012. Brown has starred as Troy Riley in The Following, August Marks in Sons of Anarchy, and Archer Petit in Hostages. He will star in the upcoming TV series How to Get Away with Murder. In 2012 he was nominated for a Screen Actors Guild Award for Dexter. Brown has appeared in the movies Star Trek, Starship Troopers 2: Hero of the Federation, Cloverfield, Legend, and Race to Witch Mountain. 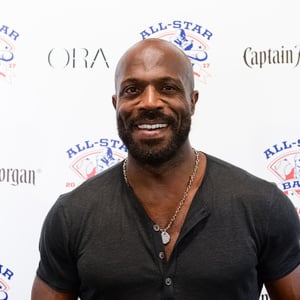