What is Billy Baldwin's Net Worth?

Billy Baldwin is an American actor who has a net worth of $6 million dollars. He is one of the famous Baldwin brothers alongside Alec Baldwin and others. He is best known for movies such as "Backdraft" and "The Squid and the Whale." In the film "Forgetting Sarah Marshall," he played himself. He is also known for his television work, appearing in shows such as "Northern Rescue" on Netflix. In addition, Baldwin is known for his marriage to singer Chynna Phillips.

William Joseph Baldwin was born on February 21st of 1963 in Massapequa, New York. He grew up in a Catholic household with Irish and French roots alongside three brothers who would all become actors, including Alec, Daniel, and Stephen. William's father was a high school teacher and a football coach. After graduating from high school, he attended Binghampton University and became a varsity wrestler. He eventually earned a degree in political science.

Baldwin started out his career as a model for Calvin Klein. He then starred in the TV movie "The Preppie Murder" in 1989. Following this, he appeared in "Born on the Fourth of July" alongside Tom Cruise. William started to make more progress in the 90s, and during this decade he booked a more substantial role in the film "Internal Affairs" alongside Richard Gere. After this, William booked a starring role in "Flatliners" alongside Julia Roberts, Kiefer Sutherland, and Kevin Bacon.

During the early part of the 90s, Baldwin also joined the ensemble cast of "Backdraft" alongside big names like Donald Sutherland and Robert De Niro. By 1993, he was winning MTV Movie Awards for films like "Silver." For this role, he was reportedly paid $1.7 million.

In the mid-90s, Billy was shortlisted to play Batman in "Batman Forever," but the role instead went to Val Kilmer. In 1995, he starred alongside Cindy Crawford in "Fair Game," which proved to be a critical and commercial failure. On a budget of $50 million, this picture generated just over $11 million at the box office. Baldwin had more critical success with "Curdled," a low-budget film that paid him $150,000.

By the late 90s, Baldwin was appearing in films like "Bulworth" and "Virus," the latter of which saw him teaming up with Donald Sutherland again. However, this science fiction turned out to be a critical and commercial failure, generating harsh reviews and grossing just over $30 million on a $75-million budget. That being said, it has developed something of a cult following over time. 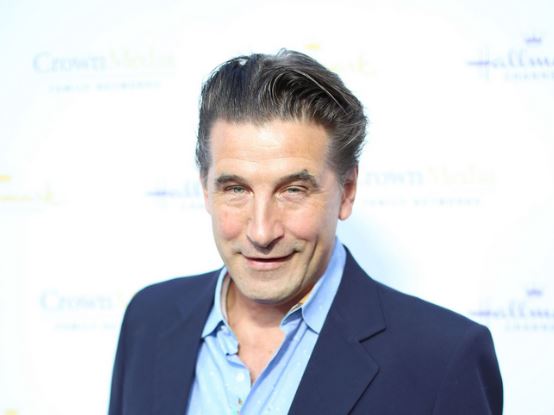 Putting this disappointment behind him, Billy booked a leading role in the TV film "Double Bang" in 2001. Throughout the 2000s, he appeared in films like "Park," "Adrift in Manhattan," "A Plumm Summer," "Noise," and "Art Heist," the latter of which generated considerable buzz when it was released to DVD. Since the early 2000s, however, Baldwin has not taken many leading roles. Instead, he became known for supporting roles in films such as "The Squid and the Whale," which was released in 2005 to critical acclaim. Billy was singled out for praise, and the entire acting team won the Gotham Independent Film Award for Best Ensemble Cast.

Towards the late 2000s, he teamed up with Donald Sutherland once again, this time playing the actor's eldest son in the ABC show "Dirty Sexy Monkey." He also played himself in the comedy film "Forgetting Sarah Marshall" alongside Jason Segel and Kristen Bell. During the 2010s, Baldwin established himself as a voice actor, playing the role of Batman in "Justice League: Crisis on Two Earths." He also appeared in the third and fourth seasons of "Gossip Girl" during the early part of the decade. During this period, he also booked a central role in the second season of "Parenthood."

Throughout the rest of the decade, Baldwin appeared in indie films and TV shows such as "Hawaii Five-0," "30 Rock," and "Wilfred." He also continued with his voice acting career, narrating the documentary "A Wing and a Prayer." In 2016, Billy booked a recurring role in the television reboot of "MacGyver." A year later, he joined the cast of "Too Old to Die Young." As he approached the 2020s, Baldwin continued his TV acting career by starring in "Northern Rescue" on Netflix. Billy also acts as an executive producer for this show.

Billy Baldwin married singer Chynna Phillips in 1995. Phillips is known for being part of the group Wilson Phillips and she is also the daughter of musicians John Phillips and Michelle Gilliam. Baldwin and Phillips have had three children together.

In 2008, it was reported that Billy had listed a home in Bedford Corners, New York. He gave this property a price tag of $3.895 million. It features 6,400 square feet of living space, 5 bedrooms, French doors, a wet bar, and a conservatory. Outside, there is a pool complete with its own pool house. It also sits on 4 acres of landscaped property scattered with trees, stonework, and rock outcroppings.

Just three years earlier, Billy and his wife paid $3.35 million for the residence. One year prior to listing this residence, it was reported in 2007 that Baldwin and his wife were paying $14,000 per month to live in a Beverly Hills home as renters. It has also been reported that Billy and Chynna have another residence in Santa Barbara. His family reportedly splits their time between California and New York. 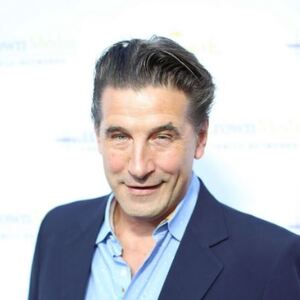