Billie Piper net worth: Billie Piper is an English singer and actress who has a net worth of $12 million. Billie Paul Piper has had a successful career in both music and acting, but is probably best known for her role as Rose Tyler in the hit BBC series, Doctor Who. Doctor Who originally ran from 1963 to 1989, but in the fall of 2003, it was announced the series would be resurrected beginning in 2005, and Billie Piper would star as the travelling companion to Doctor Who, played by Christopher Eccleston. She won the Most Popular Actress category at the 2005 and 2006 National Television Awards for her work in Doctor Who, and BBC News named Piper as one of its "Faces of the Year" for 2005, largely because of her work on the show. Piper was born on September 22, 1982 in Swindon, England as Leian Paul Piper. Her name was officially changed to Billie Paul Piper by her parents in April of 1983. Her career began in 1998 when she was selected to appear on the Saturday morning children's television show, Scratchy & Co. She was offered a record deal at the age of 15, and in 1998 became the youngest artist ever to debut at number one in the UK singles chart with "Because We Want To." In 1999, Piper was nominated for two BRIT Awards and won two awards at the Smash Hits Poll Winners' party. In subsequent years, her music career declined and she transitioned into acting. In 2004, Piper appeared in the films The Calcium Kid, and Things to Do Before You're Thirty; shortly before starting work on the television series, Doctor Who. Billie Piper continues to have a successful career with roles in various television series and theatre performances. Piper married DJ and television presenter, Chris Evans in a secret ceremony in May 2001 in Las Vegas after six months of dating. Their marriage attracted much attention because Evans was 16 years older at the time of their marriage. The couple separated in 2004 and later divorced in 2007, but they have remained friends. Later that year, Piper married actor Laurence Fox at St. Mary's Church in Easebourne, West Sussex and they live there today with their two sons, Winston James and Eugene Pip. 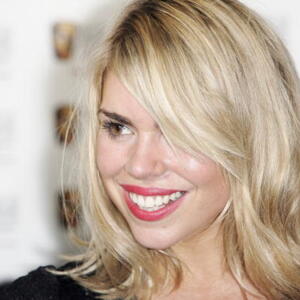