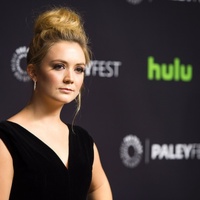 What is Billie Lourd's Net Worth?

Billie Lourd is an American actress who has a net worth of $20 million. Billie Lourd is best known for starring as Chanel #3 in the television series "Scream Queens" from 2015 to 2016, as Lieutenant Connix in 2015's "Star Wars: The Force Awakens." and 2017's "Star Wars: The Last Jedi." She also appeared in episodes of the TV series "American Horror Story" in 2017. Billie Lourd is the daughter of the late actress Carrie Fisher and talent agent Bryan Lourd. Her grandmother is the late actress Debbie Reynolds and her grandfather is the late singer Eddie Fisher. Her godmother is Meryl Streep.

In July 2017 it was revealed that Billie was the sole heir of her mother's estate which was estimated to be worth $18 – $25 million. The most valuable asset is a large property in one of the most desirable areas of Beverly Hills. Both Carrie and grandmother Debbie Reynolds lived at this property together for many years. Billie also inherited her mother's personal property which presumably includes some extremely valuable pieces of Star Wars memorabilia.

Billie Lourd was born on July 17, 1992 in Los Angeles, California. Her mother is famed actress Carrie Fisher and her father is talent agent Bryan Lourd. She is also the only grandchild of actress Debbie Reynolds and singer Eddie Fisher. Meryl Streep is her godmother while Bruce Wagner is her godfather. She is the only child of Fisher but has a half-sister, Ava, from her father's marriage to Bruce Bozzi. Lourd is of Russian-Jewish and Scots-Irish/English descent.

Given the celebrity status of her parents, Lourd at times had an exciting upbringing. In 2008, Lourd was a debutante at Le Bal des Débutantes at the Hôtel de Crillon in Paris. She attended high school at the Harvard-Westlake School in Los Angeles. She then attended New York University Gallatin School of Individualized Study where she graduated with a self-designed degree in Art and Business as religion in 2014. 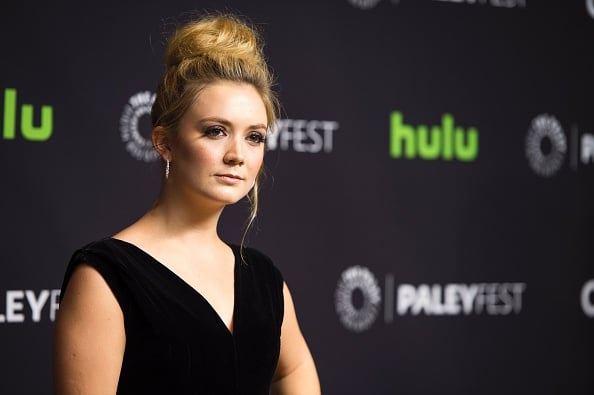 Lourd began acting in 2015. In television, she booked a main role in the series "Scream Queens," playing Sadie Swenson/Chanel #3 for from 2015 until 2016. In December of 2015, she also joined the cast of the American biographical crime-drama film "Billionaire Boys Club." The film ultimately was not released until 2018 due to the sexual harassment charges surrounding actor Kevin Spacey, who also appears in the film.

In 2022, she appeared in "Ticket to Paradise" alongside George Clooney and Julia Roberts. She also tried her hand at producing her first film, Wildflower, in 2022.

In early 2016, Lourd began an on-again off-again relationship with actor Austen Rydell. During one of their breakups, Lourd dated actor and co-star from "Scream Queens," Taylor Lautner, between December 2016 and July 2017. After splitting with Lautner, Lourd got back together with Rydell. They become engaged in June of 2020 and had a son together in September of 2020. After nearly a two year engagement, the couple got married in March of 2022.