Bill Skarsgård net worth: Bill Skarsgård is a Swedish actor and model who has a net worth of $5 million. He has appeared in a number of drama and horror films and television shows, including "It" and "The Divergent Series."

Early Life: Skarsgård was born on August 9, 1990 in Vällingby, Sweden. His father, Stellan Skarsgård, is also a prominent actor who has experienced great international success. His mother is My Skarsgård, a Swedish physician. His parents remained married for 32 years before divorcing in 2007 when Skarsgård was 17. His father than remarried Megan Everett in 2009. Skarsgård is one of eight children, two of which are Skarsgärd's half-brothers resulting from his father's second marriage. Several of his siblings are also actors, including Alexander Skarsgård of "Big Little Lies" and "True Blood" and Gustaf Skarsgård of "Vikings" and "Westworld." He was largely inspired to begin acting because of his father's and brother's careers and his exposure to the industry from a young age.

Career: Skarsgård's earliest role was in 2000 at the age 10 when he had a small role in the Swedish film "White Water Fury" starring his brother Alexander. He had a few roles in television shows and short films throughout the late 2000s before landing the role of Simon in the 2010 Swedish film "Simple Simon." He was nominated for a Guldbagge Award, Sweden's official film award ceremony, for his role at the 2011 awards. He regularly found work in both the Swedish and American film industries, with roles in "Behind Blue Skies" in 2010, "The Crown Jewels" and "Simon & the Oaks" in 2011, and "Anna Karenina" in 2012. In 2012, when Skarsgård was 21, he was nominated for and won the European Film Academy's Shoot Stars Award. 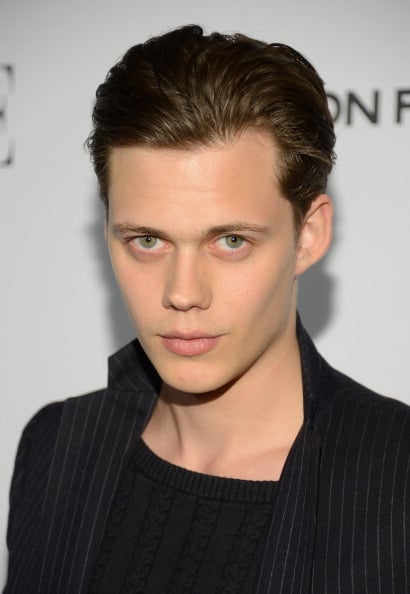 In 2013, Skarsgård landed a recurring role on the Netflix original series "Hemlock Grove," based on the horror novel of the same name. He played lead role Roman Godfrey for the three seasons that the series was on-air. He also had a role in the Norwegian drama film "Victoria" in 2013.

In 2016, he played the role of Matthew in the popular young adult science fiction film series, "The Divergent Series: Allegiant," marking a milestone in his career as it was his first major American film role. He followed this up with a role in the 2017 film, "Atomic Blond" starring Charlize Theron.

Perhaps his most well-known role came in 2017 when he starred in the horror film "It" as Pennywise the Clown. The film is based on the popular Stephen King novel of the same name. Skarsgård was nominated in the Best Villain category at the Seattle Film Critics Awards and won a Best Supporting Actor award at the Fright Meter Awards. Over the next few years, Skarsgård continued getting roles in both major American films as well as independent films, including "Assassination Nation," "Villains," and "Deadpool 2."

In 2019, he reprised his role of Pennywise in "It Chapter Two." He was nominated in award categories at the Saturn Awards, MTV Movie & TV Awards, and the Teen Choice Awards for his portrayal. From 2018 to 2019, he also starred in season one of "Castle Rock," a streaming television series based on stories by Stephen King. He also appeared in a couple of episodes of the show's second season. Skarsgård also had roles in the films "Nine Days" and "The Devil All the Time" in 2020, as well as "Naked Singularity" in 2021.

Personal Life: Skarsgård is in a relationship with Swedish Alida Morberg. The couple had a daughter together in October of 2018. 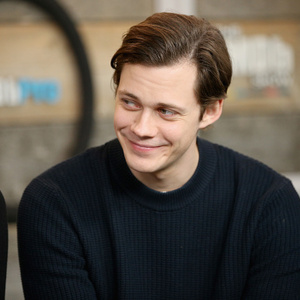