What is Bill Pullman's Net Worth?

Bill Pullman is an American actor who has a net worth of $20 million. Bill Pullman is best known for his performances in films such as "Spaceballs," "While You Were Sleeping," "Independence Day," and "Lost Highway." On television, he has appeared in numerous made-for-TV movies, and has also starred on such shows as "1600 Penn" and "The Sinner." Additionally, Pullman has had a significant stage career, having acted in several Broadway productions.

Pullman began gravitating toward acting in the 80s, working with theater companies in New York and Los Angeles. In 1986, he made his feature film debut in the black comedy "Ruthless People," starring Danny DeVito and Bette Midler. The same year, he appeared in an episode of the police procedural television series "Cagney & Lacey."

In 1987, Pullman landed his first leading role in Mel Brooks' "Star Wars" parody "Spaceballs." He played the mercenary Lone Starr, who, along with his alien sidekick Barf, rescues the Princess Vespa before becoming stranded on a desert moon. Pullman had another leading role the next year, when he starred in Wes Craven's horror film "The Serpent and the Rainbow." Also that year, he had substantial parts in "Rocket Gibraltar" and "The Accidental Tourist." In 1989, Pullman costarred in the comedy "Cold Feet" with Tom Waits, Keith Carradine, and Sally Kirkland. He was subsequently in "Brain Dead," "Sibling Rivalry," and "Bright Angel."

Pullman was prolific on the big screen throughout the 90s. Early in the decade, he had starring roles in the mystery film "Liebestraum," the comedy "Going Under," the musical drama "Newsies," and the sports dramedy "A League of Their Own." In 1993, he appeared in "Sommersby," "Sleepless in Seattle," "Homeward Bound: The Incredible Journey," and "Malice." The following year, he was in "The Favor," "Wyatt Earp," and "The Last Seduction." Pullman had two leading roles in major films in 1995: the romantic comedy "While You Were Sleeping" and the supernatural fantasy "Casper." He followed this with a starring role opposite Ellen DeGeneres in the romantic comedy "Mr. Wrong," before playing one of his most famous roles as the President of the United States in the science-fiction blockbuster "Independence Day." Pullman subsequently had leading roles in David Lynch's "Lost Highway"; Wim Wenders' "The End of Violence"; the mystery comedy "Zero Effect"; the horror film "Lake Placid"; and the dramas "Brokedown Palace" and "Spy Games." 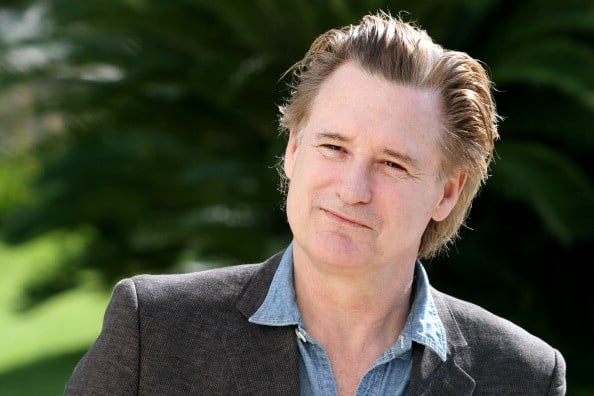 Pullman began the 2000s with roles in four films: "The Guilty," "Lucky Numbers," "A Man is Mostly Water," and the animated science-fiction film "Titan A.E." He was next in "Ignition," "29 Palms," "Igby Goes Down," "Rick," "The Grudge," "Dear Wendy," "Scary Movie 4," "Alien Autospy," "Nobel Son," and "You Kill Me." In 2008, Pullman starred in the thriller "Surveillance," the dramedy "Bottle Shock," and the biopic "Your Name Here," and had a supporting role in the drama "Phoebe in Wonderland."

Among Pullman's credits in the early 2010s were "Peacock," "The Killer Inside Me," "Rio Sex Comedy," "Bringing Up Bobby," "Lola Versus," and the documentary "The Unbelievers." He was subsequently in "Cymbeline," "The Equalizer," and "American Ultra." In 2016, he reprised his role as Thomas J. Whitmore, now the former president, in the sequel "Independence Day: Resurgence." Also in 2016, Pullman portrayed Senator Ralph Yarborough in the political drama "LBJ," and starred in the comedy "Brother Nature." His other credits have included the survival drama "Walking Out"; the Western "The Ballad of Lefty Brown"; the dramedy "Trouble"; the sports biopic "Battle of the Sexes"; the spy film "The Coldest Game"; the legal thriller "Dark Waters"; and the dramedy "The High Note."

Early in his television career, Pullman appeared in the made-for-TV movies "Home Fires Burning" and "Crazy in Love." He was also in episodes of "The Tracey Ullman Show" and "Fallen Angels." Pullman continued to act in several television films throughout the 90s and into the 21s century, including "Mistrial," "Merry Christmas, George Bailey," "The Virginian," "Tiger Cruise," "Nathan vs. Nature," "Too Big to Fail," and "Innocent." Additionally, he appeared in the series "Revelations" in 2005, and in 2011, had a memorable role as a child killer and pedophile in the fourth series of the show "Torchwood."

Pullman had one of his biggest television roles from 2012 to 2013, when he played the fictional President of the United States Dale Gilchrist on the sitcom "1600 Penn." Later, in 2017, he landed another main role as Detective Harry Ambrose on the police procedural anthology series "The Sinner." In 2021, Pullman had a recurring role on the Netflix streaming series "Halston," portraying businessman David J. Mahoney.

In 2002, Pullman made his Broadway debut starring opposite Mercedes Ruehl in Edward Albee's play "The Goat, or Who is Sylvia?" For his performance, he was nominated for the Drama Desk Award for Outstanding Actor in a Play. Pullman starred in another Albee play, "Peter and Jerry," at the off-Broadway Second Stage Theatre in 2008, and received another Drama Desk nomination for his work. He returned to Broadway the following year in a production of David Mamet's "Oleanna." Pullman's subsequent credits have included "The Other Place," "The Jacksonian," and "All My Sons." In addition to acting on stage, he also wrote the play "Expedition 6," about the eponymous mission of the International Space Station. The play opened in San Francisco in 2007.

With his brother, Pullman co-owns a cattle ranch in Montana, where he resides part-time. In 2018, he received an honorary doctorate from Montana State University, where he formerly taught. 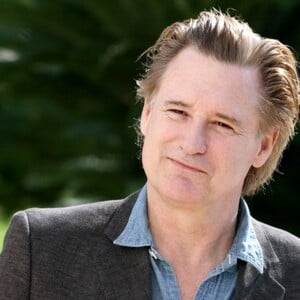