What was Bill Paxton's Net Worth and Salary?

Bill Paxton was an American actor, producer, and film director who had a net worth of $25 million at the time of his death in 2017. Paxton actually began his career behind the camera, and he initially pursued a career as a film director. When that didn't work out, Bill switched gears and focused instead on acting. He studied with famed acting coach Stella Adler before booking a string of notable roles in 80s movies like "Weird Science," "Aliens," and "Near Dark."

He then went on to appear in a range of films throughout the 90s, including "True Lies," "Twister," and "Titanic." In terms of his television work, he earned significant praise for his role in HBO's "Big Love." This included three Golden Globe Award nominations. He was subsequently nominated for a Primetime Emmy Award and a Screen Actors Guild Award for his roles in series like "Hatfields & McCoys" and "Training Day." He ended his career with an appearance in the film "The Circle," which was released two months before his passing.

William Paxton was born on May 17th of 1955 in Fort Worth, Texas. Bill's father was a businessman and lumber wholesaler who also appeared in the odd acting role. His family has German, English, French, and Scandinavian roots. His great-great-grandfather also fought in the Confederate Army as a brigadier general in the Civil War.

Bill was raised in a Roman Catholic household alongside his siblings. He was present when the late John F. Kennedy came out of Hotel Texas, just hours before he was assassinated. He can be seen as a child in a famous photograph of a crowd gathered outside of the hotel. The incident obviously left a strong impression on the boy, as Paxton would later co-produce a film about the assassination.

After graduating from high school in Fort Worth in 1973, Bill studied at Richmond College in England. During this period, he teamed up with his friends to make Super 8 short films. They also built their own sets for these films. Intent on pursuing a career in film, Paxton relocated to Los Angeles and worked in various props and art departments. During this period, he applied to a number of film schools in California as a director, but was rejected by every single one. Eventually, Paxton shifted his attention towards acting instead.

One of Paxton's earliest roles was in "The Terminator," in which he can be seen as a "punk." After another minor role in "Streets of Fire," he gained more prominence with a more central ole in "Weird Science." In the film, Bill plays the older brother of the lead character. One year later, he gained another memorable role in "Aliens," playing Private William Hudson of the United States Colonial Marines.

During this time, he continued to pursue a filmmaking career. He created short films like "Fish Heads," which aired on "Saturday Night Live" during the early 80s. He also appeared in a music video for one of Pat Benatar's songs. Music was obviously a priority for Paxton during this period, as he created a new wave band with a friend called Martini Ranch. The group released their one and only album in 1988, entitled "Holy Cow." 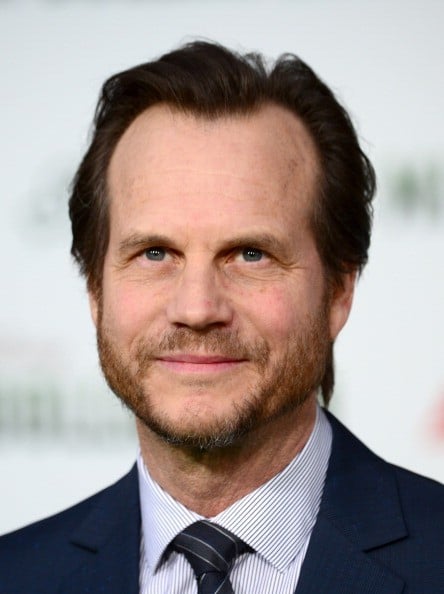 During the 80s, he collaborated with James Cameron on a number of occasions, appearing in movies like "Commando" and "Aliens." The latter role earned him a Saturn Award for Best Supporting Actor. After an appearance in "Predator 2," Paxton continued to collaborate with James Cameron heavily throughout the 90s. In 1994, he worked with the director on the film "True Lies." Three years later, he teamed up with Cameron again in the film "Titanic," which proved to be one of the highest-grossing films of all time.

During this period, he also appeared in films like "Tombstone" and "Apollo 13." He also earned significant praise for his starring role in 1996's "Twister." To round out the 90s, Bill appeared in films like "One False Move" and "A Simple Plan." During the 2000s, he continued to appear in a wide range of blockbusters. He started off the decade with movies like "U-571," "Vertical Limit," and "Frailty," the latter of which he directed. Bill continued to appear in films like "Thunderbirds," "Edge of Tomorrow," and "Nightcrawler" throughout the next few years.

Along with "Frailty," he also directed "The Greatest Game Ever Played" during this period. During these last few years, Paxton also made quite a name for himself with various TV roles. His most famous TV role was probably in "Big Love," although he also booked roles in series like "Hatfield & McCoys," "Training Day," and "Agents of S.H.I.E.LD." He is also remembered by video game fans for his voice acting role in "Call of Duty: Modern Warfare."

Bill's first wife was Kelly Rowan. He married her in 1979, but their relationship ended one year later. In 1987, he married Louise Newbury, having first met her earlier in London, England. Newbury and Paxton had two children together over the course of their relationship.

In early 2017, Paxton revealed that he was experiencing serious issues with his heart. Many years earlier, Bill had suffered from rheumatic fever at the age of 13. This illness left him with a damaged heart valve that proved to be quite problematic in his later years. Paxton eventually elected to undergo open-heart surgery in order to repair the damaged valve. While the surgery was completed, it evidently caused further issues for Bill. Eleven days after the procedure, Paxton passed away due to a fatal stroke. It was February 25th of 2017, and he was 61 years old.

Bill spent much of his later years living in the town of Ojai, California, roughly 2 hours northwest of Los Angeles. The 2.5 acre property appears to still be in the Paxton family. It's worth $4-6 million today. 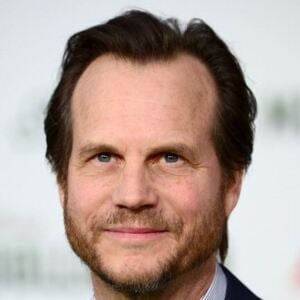